Football Tricks and the Players Who Invented Them 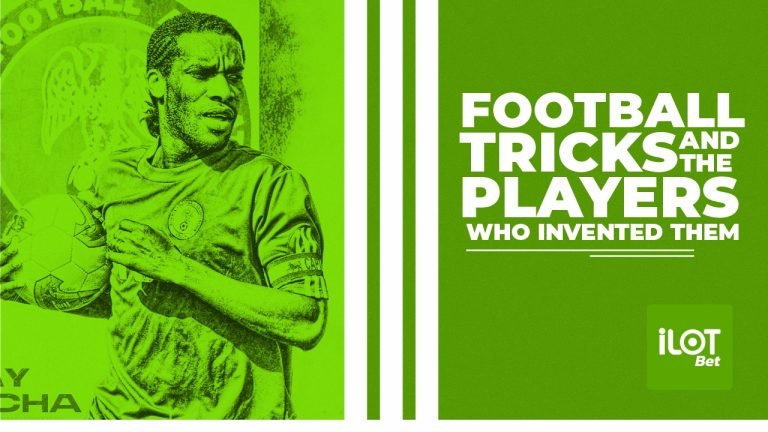 Known as the beautiful game; football betting brings endless joy to the billions of fans and followers around the globe. Great saves, big tackles, tactical competence and great goals are all that make the sport so great.

But there’s something else, something a little different that is more of the game now than it ever has been: Tricks.

Tricks are often used to a player’s advantage, helping him get past an opponent in order to further his team’s progression up the pitch. They’re also used to humiliate the opposition or for sheer entertainment purposes.

Whichever way a trick is intended to be used, they certainly add a little spice to the game.

Though the Dutch hero undoubtedly performed it countless times beforehand, it was first witnessed by the masses during the 1974 World Cup in Germany.

Cruyff, one of the most talented players the game has ever seen, faked to pass the ball before dragging the ball in the opposite direction and heading into the penalty area—leaving the Swedish defender utterly baffled.

Augustine “Jay-Jay” Okocha— the man so good, they named him twice, was one of the best tricksters the Premier League had ever seen.

The Nigerian had a number of evasive moves in his arsenal to out-maneuver the opposition, but his most famed trick was dubbed “the Okocha turn.” Rolling the ball one way with the studs of one boot, Okocha would then fake with his other foot to take the ball in the opposite direction but would instead step over the ball and carry on in the same way—often leaving the defender wrong-footed.

Cristiano Ronaldo is full of skills and tricks and is undoubtedly one of the greatest players to ever grace the game— his recent exploits in Portugal’s astonishing 3-2 win over Sweden, in which he scored a hat-trick, are proof of that.

One of Ronaldo’s favorite and most successful tricks is “the Ronaldo chop.”

When facing a player from the opposition, the Manchester United player often attacks him at pace, using the inside of either foot to move the ball inside the standing leg and at such an angle that it takes him in a different direction.

Also known as “the 360” and “the Gringo,” this move was made famous by Diego Maradona. Whilst running at the opposition, “the Marseille roulette” is executed by using one foot to stand on the ball, spinning over it in order to shield it away from the opponent and then using the other foot to drag it away from him.

ILOT Bet is the right place to enjoy the best odds, free coupon to place bets at any time, and free prediction to forecast the results of some matches and win good money. Try ILOT Bet today and win big!