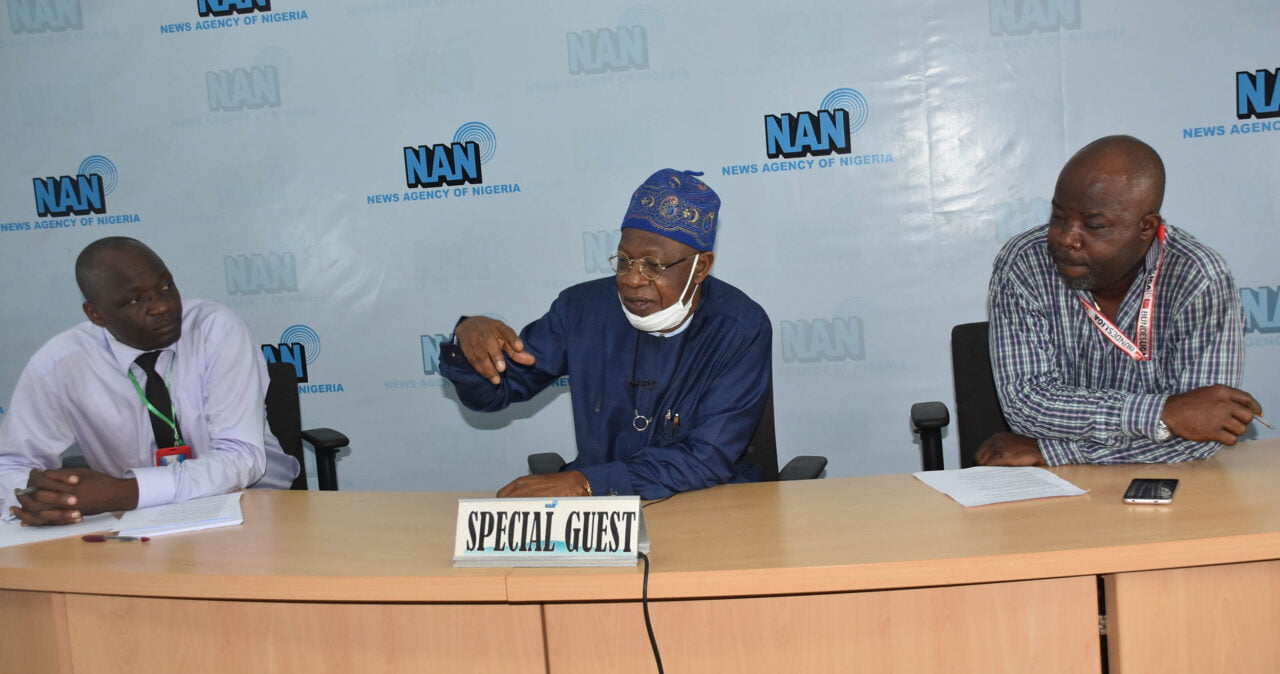 The Federal Government of Nigeria says the full return of the 1,130 stolen Benin Bronzes from Germany should be completed by August 2022.

The Minister of Information and Culture, Alhaji Lai Mohammed, proposed the one-year time limit during a roundtable with German museum directors and government officials in Berlin, Germany.

This was disclosed in a statement on Friday by Mr Segun Adeyemi, Special Assistant to the President (Media) in the Office of the Minister.

The minister is currently leading a Nigerian government delegation for high-level talks with German government officials on the repatriation of the artifacts.

Mohammed said Germany had agreed to repatriate the antiquities which were looted from the Bini Kingdom in 1897 and the agreement for the return must be signed by December 2021,

“For us, the most important issue in the roadmap is the signing of the agreement and the date of return.

“We won’t move forward if we don’t have a clear date on signing and return, and full return should be completed in a year’s time, not beyond August 2022,” he told participants at the roundtable.

Mohammed said Nigerians are eagerly awaiting the return of the 1,130 Benin Bronzes, which are being held by various museums in Germany.

He said the German federal government is coordinating the return of the Benin Bronzes, mostly held by state and private museums.

He noted that of the 6,600 museums in Germany, less than five per cent are owned by the federal government.

Speaking at the roundtable, the Secretary of State in the German president’s office, Mr Stephen Steinlein, said the president was happy with the progress made so far on the planned repatriation of the artifacts.

He described the planned return of the artifacts as “a lighthouse project” and assured that the president would continue to follow the process keenly.

The governor of Edo State, Mr Godwin Obaseki, who is also part of the Nigerian delegation, told the roundtable that work was set to begin on the building of a museum that would hold the artifacts when they are repatriated.

Obaseki said the building tagged ‘Edo Museum of West African Art (EMOWAA)’, located in Benin City is part of a transformation project being planned to make the city a cultural hub.

The architect handling the museum project, Sir David Adjaye, made a presentation to the roundtable.

Adjaye said the project would fuse the technology of ancient Benin Kingdom to that of the 21st century to get an organic pavilion that would boast of an auditorium, storage as well as exhibition space, among other facilities.

The Nigerian delegation met with representatives of Ethnologisches Museum Berlin-Dahlem, where a select number of Benin Bronzes, some of them dating back to the 16th century were on display.

Members of the delegation, according to the statement, include the Nigerian Ambassador to Germany, Mr Yusuf Tuggar; the Director-General of the National Commission for Museums and Monuments, Professor Abba Tijani; Benin Crown Prince Ezelekhae Ewuare, and Director of the Board, Legacy Restoration Trust, Mr Phillip Ihenacho.

My husband beats me, says I eat too much, woman tells court