FG opposes fresh trial of Adesina by Board + full letter 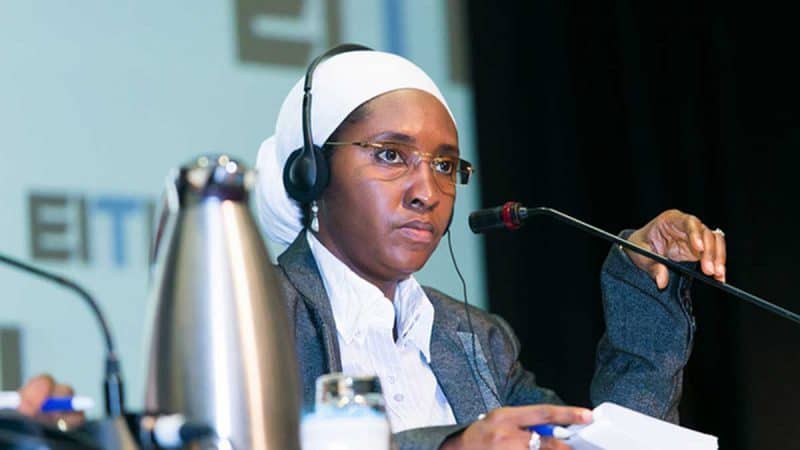 The Federal Government has expressed its opposition to the decision of the board of the African Development Bank to conduct an independent investigation into allegations against the bank’s President, Dr. Akinwumi Adesina.

The position of the Federal Government was contained in a letter to the Board by the Minister of Finance, Budget and Economic Planning, Zainab Ahmed.

The letter, addressed to the Chairman of the Board of Governors, Kaba Niale, said in part: “The call for an independent investigation of the President is outside of the laid-down rules, procedures and governing system of the bank and its Articles as it relates to the Code of Conduct on Ethics for the President.

“As Board of Governors, we must uphold the rule of law and respect the governance system of the bank.

“If there are any governance issues that need improvement, these can be considered and amendments proposed for adoption in line with the laid-down rules,” the minister said in the letter.”

The AfDB Ethics Committee had earlier cleared Adesina of the allegations of corruption and favouritism levelled against him by some whistleblowers.

He was accused of giving contracts to acquaintances, appointing relatives and friends to strategic positions, and giving preferential treatment to Nigeria and Nigerians. 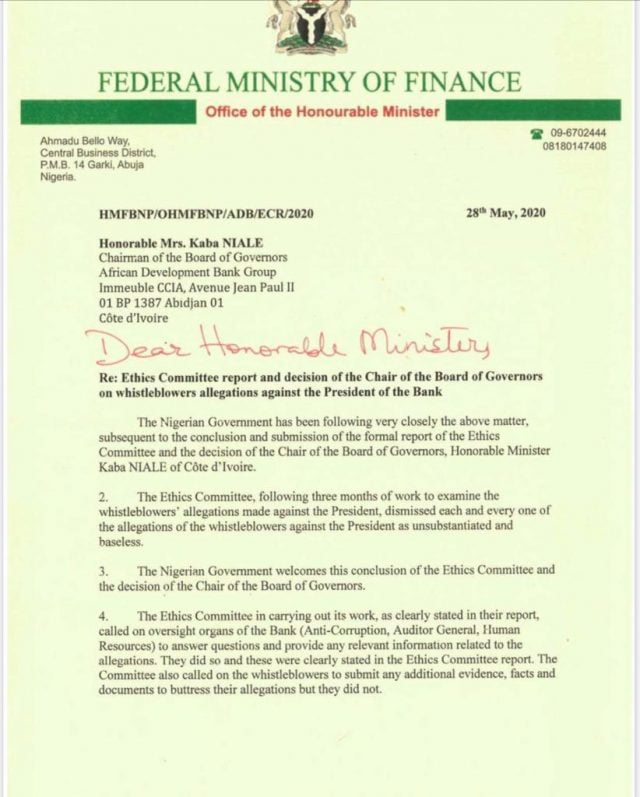 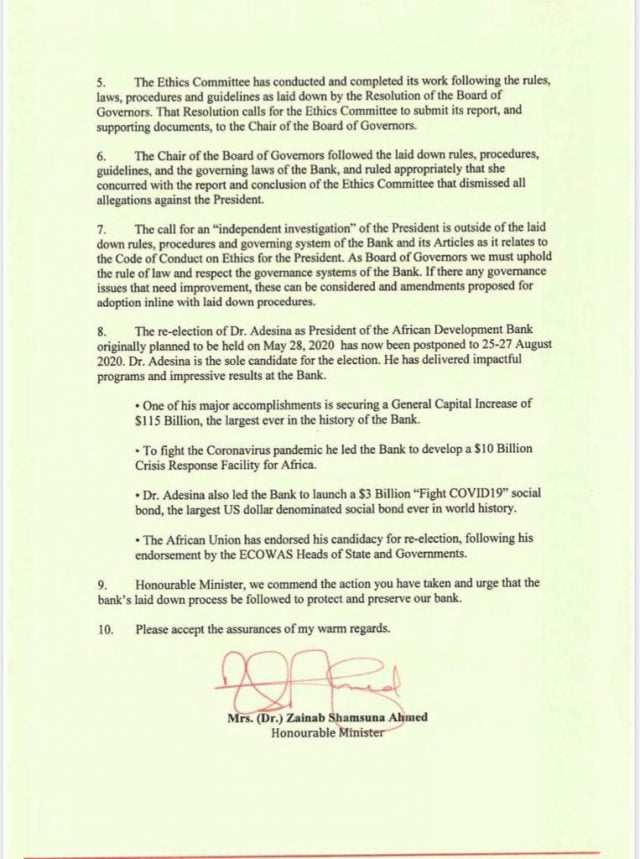