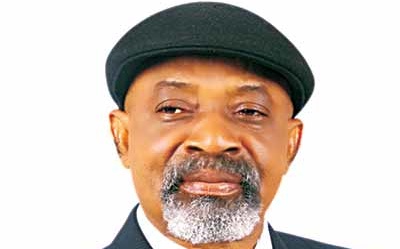 The Minister of Labour and Employment, Dr. Chris Ngige, has said that the Federal Government is considering pay increase for workers in the country.
Ngige spoke in Awka on Tuesday.
He said it is one of the packages of the President Muhammadu Buhari administration to improve the living standard of Nigerian workers.
He also said that private sector employers would also be made to increase the salaries of their workers, adding that a committee would be set up to work out the details.
According to Ngige, labour would be actively involved in working out details of the programme.
Ngige described the ongoing N-Power employment programme as one of the cardinal programmes of the present administration, adding that under the programme, which would last for two years, the beneficiaries would receive monthly salaries of N30,000 and would be posted to the country’s primary schools to teach.
He said that 5,000 persons with disabilities would be involved in the Federal Government’s conditional cash transfers, while one million youths would be employed in the next 12 months, all in a bid to reduce unemployment in the country.
Similarly, Ngige said, government would train about 200,000 youths under the N-Build programme for skills acquisition programme and they would later be settled to start their own businesses, explaining that applications for the programme were already being processed.