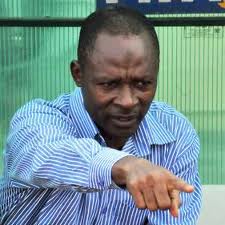 According to a source at the Nigeria Football Federation Glass House, Amoo stands a better chance of picking the job since ex-international, Samson Siasia, did not show up for interview.
The NFF panel on Tuesday, conducted interview for the duo of Fatai Amoo and David Ngodiga.

Former Super Eagles Coach, Samson Siasia, who was rumoured to be interested in the U- 23 job, did not show up for the interview.

Siasia, who previously handled the U-23 team, was sacked by the NFF Executive for failure to qualify the Super Eagles for the 2012 African Cup of Nations.
His successor, Stephen Keshi, did not only qualify the senior national team for the 2013 edition, but also led the team to historic win in South Africa.