Experience most important in governance, not age – Ladoja 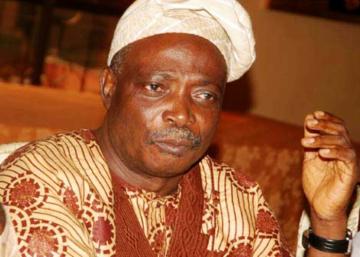 Former Governor Rasheed Ladoja, Accord Party’s governorship candidate in Oyo State, said on Saturday that experience is needed in governance and not age.
Ladoja made the assertion at the Durbar Stadium in Oyo during the official inauguration of the party’s 2015 campaign.
He said that all those claiming he was too old to govern the state were only afraid of his popularity and experience
He said if the members of All Progressives Congress find Muhammadu Buhari suitable as its presidential candidate, then nothing is wrong with his candidacy as the Accord party flag-bearer in the state.
“If Buhari could be fielded at his age to govern the whole country, what would make it difficult for me to govern a state?” he asked.
Ladoja said that he knew what to do if elected governor having been the chief executive of the state before.
According to him, another opportunity to govern the state will only provide him with a chance to improve on his previous performance.
He said: “I was told by a radio presenter that the road I constructed then with N10 million cost my immediate successor, Adebayo Alao-Akala N100 million and the current governor N1billion.
“I didn’t invent it, but I’m sure the presenter could not have fabricated that.”
The former governor urged the crowd at the event to obtain their Permanent Voter Cards to enable them to vote candidates of their choices.
Also speaking at the event, Adeolu Adeleke, the Director-General of the Ladoja Campaign Organisation, urged the people to vote for all AP candidates in the forthcoming elections to enthrone good governance in the state.
Bashiru Lawal, the Oyo State Chairman of the party, urged the people to vote wisely during the elections.
Lawal said: “The experience garnered over the years by Ladoja has made his candidacy critical, not only to the party, but for the entire state.
“Experience cannot be bought.
“Those asking him to present a younger person to vie for the exalted position fail to recognise the importance of the exalted office and the responsibilities that come with it.
“It is laughable for younger politicians to ask our candidate to step aside and give them a chance.
“Whoever is sure of him or herself is free to come out and prove him or herself.
“It is a free world and nobody should hinder another person from exercising his or her right under the constitution.”