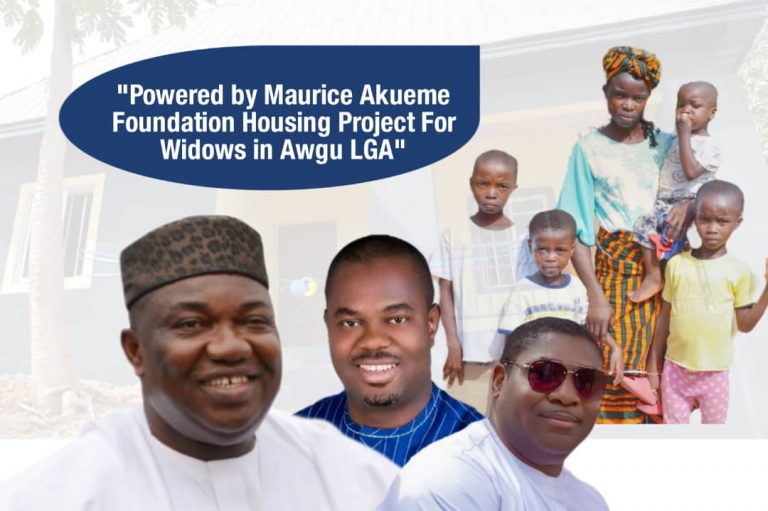 The Maurice Akueme Foundation built a beautiful home for the widow in Nenwenta, Awgu Local Government Area of Enugu State.

The widow, who lost her palm wine tapper husband when he fell off a palm tree had lived in a mud house for years with her seven children. 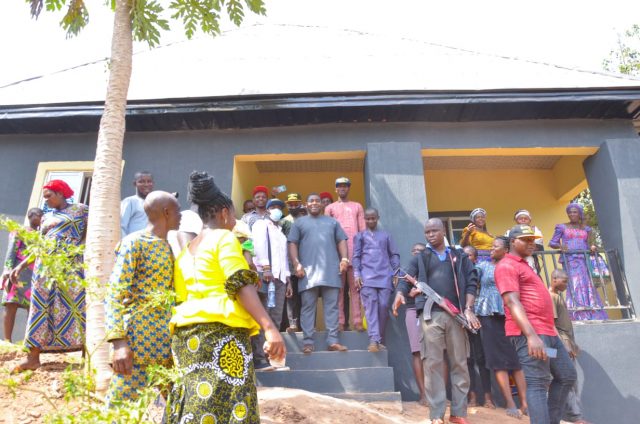 Community leaders in Nenwenta MAF introduced the widow to philanthropist, Akueme for the first time in October 2021 during a conference for community reports of the activities of the Maurice Akueme Foundation in Awgu Local Government Area while the founder participated via video chat.

Nenwenta MAF Coordinator who first made the report of the poor widow called for help from the foundation. These report melted Akueme’s heart and he directed his Director of Operations for Awgu LGA, Comr. Joe Udefi to take a tour to the village and feed him back with detailed information.

It was during this time that he was detailed about the widow’s circumstances and the conditions of the mud house she was living in.

It was also gathered that Nenwenta being very rocky, on highlands usually costs a fortune to build a modest house, The foundation however committed to come back and assist.

Notwithstanding, the Maurice Akueme Foundation kept its word and the widow and her children are currently living comfortably in her new two-bedroom bungalow which is one of the best in the community.

She was also placed on N20,000 monthly salary/stipend and her children placed on the Maurice Akueme Foundation Scholarship Scheme.

In another development, during the opening ceremony and handover of documents of the new house to the widow, the people of Nenwenta decided to honour Chief Maurice Emeka Akueme with the title; “Oji Ûlô Eme Ôgô” conferred on him by HRH Igwe S.I. Amah; Ezedioramma 1 of Nenwenta and his cabinet.