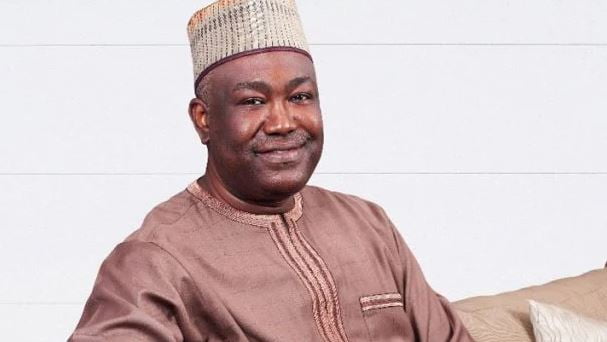 The presidential candidate of the Peoples Trust in the 2019 election, Gbenga Olawepo-Hashim, has defected to the ruling All Progressives Congress.

Olawepo-Hashim made his position known in a statement in Abuja on Wednesday titled ‘Prominent politician, Olawepo-Hashim, pitches tent with APC.”

The statement quoted him as saying that he opted for the APC to actualise his vision because the party is not just populated by people with whom they founded the opposition Peoples Democratic Party together, but also because the party is a reasonable pathway for the preservation of the unity and progress of the nation.

He was also quoted as saying that he is now convinced about the passion of President Muhammadu Buhari to fight corruption even though critics have questioned the effectiveness of his anti-corruption crusade.

Olawepo-Hashim disclosed that he has formally registered in Usuma Ward in Abuja as it is procedurally required after series of consultations with top politicians like the governor of Kwara State, Abdulrahman Abdulrazak; and a former Governor of Benue State, George Akume.

“By the Grace of God today,  I will be attending the stakeholders meeting of the Federal Capital Territory chapter of the All Progressives Congress in what is my first public event as a member of the party,” he declared.

The politician added that it was clear after the 2019 elections that going forward, he had to make a choice between one of the two major political parties in Nigeria, for a more meaningful struggle for a better Nigeria.

He added, “In the past six months I have twice met the Chairman of the APC National Caretaker committee, His Excellency, Mai Mala Buni, and several times with my brother and friend Attorney General and Minister of Justice,  Abubakar Malami (SAN).

“This is in addition to meetings with Minister of the FCT,  Mustapha Bello, who is the leader of the APC in the FCT, and also a member of the federal cabinet.

“I have also consulted with party elders, leaders and members too numerous to mention, and especially the FCT party chairman, who worked very hard to convince me to join the APC.

“In deciding for the APC, I have no illusion that I have come to a perfect party or that the struggle to birth a new Nigeria on this my chosen new platform will be easy.

“I will continue to rely on your prayers and support, the strength of the Lord and his guidance and protection as I embark on this journey.”

In taking the decision, however, he added that  “my long-standing commitment to the struggle for justice and equity will not waiver, just as my adherence to the principles of true federalism will not wane, and not least will my three-and-a-half-decade struggle for the improvement of the welfare of the down trodden Nigerians diminish.

“I remain solid in my pursuit of a new Nigeria, modern, united, peaceful and prosperous!”