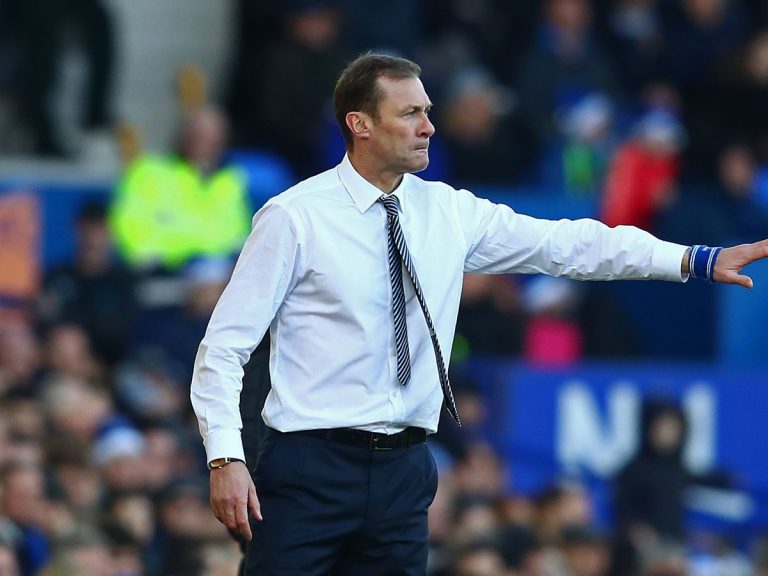 The Toffees went down 2-1 to Norwich City in an embarrassing defeat last weekend, while Steven Gerrard’s side rescued a point in a 2-2 draw versus Manchester United.

Some may argue that the writing was on the wall for Rafael Benitez since his first day at Everton, with the fans making their discontent known up to and during the Spaniard’s final game in charge, which ended in humiliation at Carrow Road.

Michael Keane’s unfortunate own goal and Adam Idah’s finish after a quick counter-attack quickly put the Canaries two goals up before the 20-minute mark, and Richarlison’s spectacular acrobatic effort proved to be nothing more than a mere consolation for Everton and Benitez.

Duncan Ferguson prepares to oversee operations for the time being amid links with Jose Mourinho, Frank Lampard and former teenage protege Wayne Rooney, but for now, the goal will simply be to improve a terrible tally of just one win from their last 13 in the Premier League.

Everton can forget about any sort of European charge this season, as Ferguson takes temporary charge with his side down in 16th in the table – six points clear of 18th-placed Norwich City with two games in hand – and relegation is simply unthinkable for the Toffees.

The hosts can also boast a measly one win from their last six Premier League encounters at Goodison Park, so the new manager bounce cannot come soon enough for Everton, as their upcoming opponents sure are enjoying life under their recent appointment.

Sending shockwaves in the January transfer window with the arrival of Philippe Coutinho – the Brazilian once again being taken under the wing of Steven Gerrard – Villa were indebted to their new little magician as they came back from 2-0 down to force a share of the spoils with Man United.

A strike in either half from Bruno Fernandes seemingly settled the contest in the Red Devils’ favour, but Jacob Ramsey’s 77th-minute effort gave Villa a glimmer of hope before Coutinho came off the bench to slot home from close range and send the home crowd into pandemonium.

Aston Villa playing out a Premier League draw is certainly a collector’s item – the Lions had not shared the points in a top-flight fixture since August before the visit of Man United – and Gerrard’s side now find themselves 13th in the standings ahead of the weekend.

Villa’s draw with the Red Devils was quite the way to end their three-game losing streak across all tournaments, but five defeats from their last seven away from home in the Premier League is an alarming statistic, which the travelling fans will certainly hope to see rectified given their winter arrivals.

Everton fell to a humbling 3-0 defeat at Villa Park when the sides first met back in September and also suffered a 2-1 loss on home soil last term, but not since the 2000-01 season have Aston Villa secured a top-flight double over the Merseyside giants.