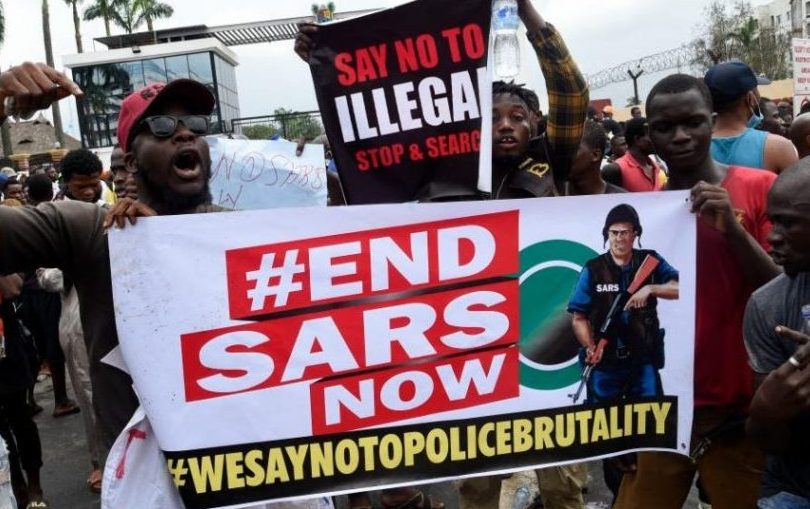 Cleen Foundation, a Non-Governmental Organisation, has trained Civil Society Organisations on how to monitor and access justice for victims and survivors of the #EndSARS protests and other human rights abuses in the country.

The virtual training, with the theme: “Access to Justice for Victims and Survivors of Human Rights Abuses in Nigeria,” focused on the human rights violations recorded during and after the #EndSARS protest.

Dr. Benson Olugbuo, Executive Director of the Foundation, said the organisation was focused on monitoring the effectiveness of the panels of inquiries set up across the 36 states in the country.

Olugbuo said: “This meeting is a collaborative effort between Cleen and CSO Police on the issues of access to justice, especially on how the Panels of Inquiry could achieve their aims and ensure that justice is served for everyone.

“Given an overview background to the objectives, we commend the Memorandum of Understanding signed by the Nigeria Bar Association and the National Human Rights Commission to provide free legal services to citizens and complainants.

“We also commend other organisations such as Avocats Sans Frontieres (Ftance) and NOPRIN Foundation that are offering different services for the same course.

“Progressively, this is an opportunity for various groups to know what their counterparts are doing, support each other and ensure that citizens have access to the services being rendered.”

Dr. Kole Shettima, the Country Director of MacArthur Foundation, an NGO, said the issue of access to justice was a very critical and important one that called for serious concern in the country.

According to Shettima: “Most of our citizens who do not have access to justice is as a result of road blocks at governance in all levels that hinder voicing of the truth in other to save the nations image.

“Citizens suffer from lack of access to justice at all levels on a daily basis because of identifiable factors that are doing more harm than good to the citizens.

“So, as we are thinking of the course of access to justice, we should consider those in prison and those awaiting trials who do not even know their rights or have access to public spaces to seek justice.”

Oyinye Onyemobi, a representative of Ford Foundation, an NGO, also said the recent occurrence in the country showed a buildup of burden that had been on people’s minds over police brutality and injustice.

According to Onyemobi, the peaceful youth protest and the aftermath of the protest showed that sadly people have lost confidence in some of our institutions.

She said: “The events following the protest shows the need to reset the way of governance and access to justice has been run over the past few years in the country.

“We believe that the panel set up would look into the alleged cases and also give access to people who have been crying for justice over the years.”

She called for Police reform to restore confidence to some of the institutions that could strengthen the law enforcement agencies.

Angela Uwanda, Country Director, Avocats Sans Frontieres, reiterated that her organisation according to its mandate would provide legal aid to victims of police brutality.

Uwanda said it would continue to promote the principles of the United Nations Convention against torture in Nigeria.

Dr. Freedom Onuoha, a participant, said the focus on the cases of access to justice and right violations should not just be about the Police alone, but for all security outfit.

Onuoha said: “It is now a collective responsibility, it is not just for the police alone.

“If all goes well from the panels of inquiries and the reform, all security outfits should be reformed for the benefit of all.”

Akpata said the meetings were timely based on the happenings in the country.

He said the NBA had made it clear that the rights to protest is guaranteed under the constitution of Nigeria and it would intervene were rights to participate in protest or to hold protest are infringed.

He said: “NBA is working closely with the Attorney General across the country, effecting the release of protesters arrested in Lagos, Ekiti, Edo and Oyo States during the course of the protests.

“NBA would be offering legal services to citizens who have been harassed, killed and victimised by SARS.

“It would also be observing the proceedings of each of the panels to ensure that they do not get bugged down by unnecessary technicalities.”

Akpata, however, said only the panel of inquiry set up in Lagos State had accepted NBA in its capacity, calling on other states across the country to follow suit to avoid further unnecessary grudges.

The training and workshop were organised by Cleen Foundation for CSOs working on Police Reform and access to justice to monitor the judicial panels of inquiry and to ensure proceedings are in accordance with the term of reference of each of the panels.