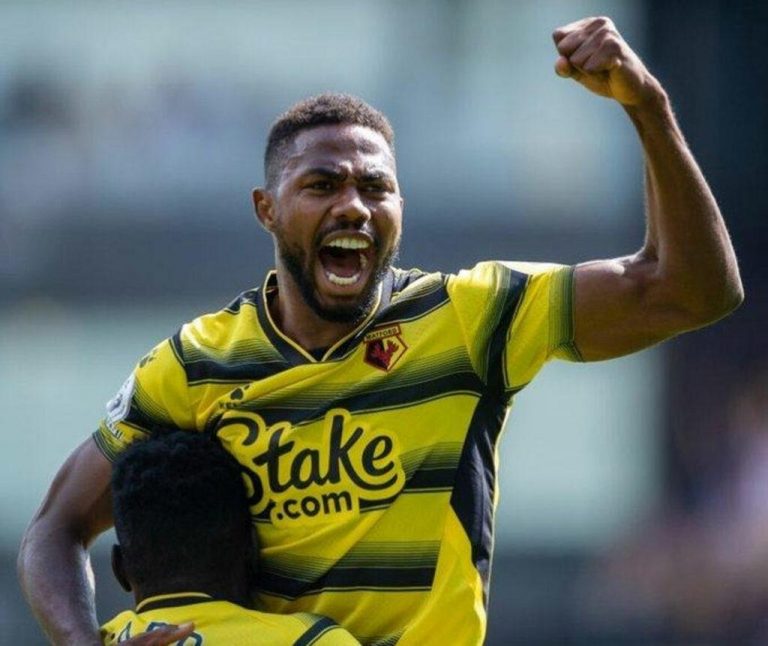 Emmanuel Dennis will be unavailable for Watford this weekend after picking up his fifth yellow card of the season at Everton.

The striker’s cameo from the bench at Goodison Park saw him wrap up a sensational first ever away win over the Toffees.

But in the process, the Nigerian’s foul on Richarlison means he will not be available for this weekend’s game against Southampton.

After arriving in the summer from Club Brugge, the striker has settled in quickly, scoring three goals from his first 11 appearances.

However, he will not be given the chance to add to his tally this weekend.

Yellow cards against Spurs, Wolves, Newcastle, Leeds and now Everton means he will be unavailable until the away game at Arsenal on November 7.

Any player who picks up five bookings before gameweek 19 (December 26) will be handed a one match ban.

Yellow cards are not carried over to the EFL Cup or FA Cup.

Players who accumulate 10 yellow cards in PL matches up to and including their team’s 32nd fixture will serve a two-match suspension.