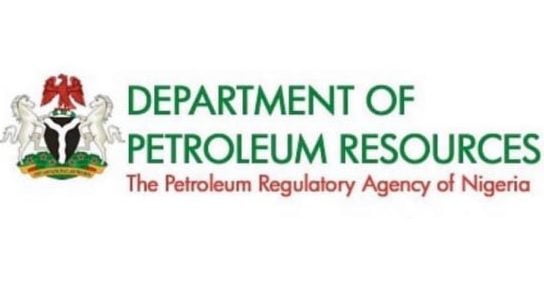 The Department of Petroleum Resources  has charged stakeholders in the African oil and gas industry to rise to the challenge of harnessing the over 125 billion barrels oil reserve and 625 trillion cubic feet (tcf) of natural gas deposits in Africa for the development of the continent.

The Director of DPR,  Sarki Auwalu, gave the charge while delivering the host-country address at the just-concluded fifth edition of the Sub-Saharan Africa International Petroleum Exhibition and Conference (SAIPEC).

The event was held virtually with the theme: “Post COVID-19, from Global Crises to Global Opportunities,” organized by the Petroleum Technology Association of Nigeria (PETAN).

Auwalu stated that Africa must not be cowed to abandon its quest to grow its economies and jettison the development of its resources by the doomsday narrative on the probable end of the oil era.

He added that the huge oil and gas resources in Africa must be used to fuel the development of the continent the same way other continents utilized dirtier fossil fuels to fuel their economic transformation.

“Indeed, for a better and secured future, Africa must rise to the challenge of harnessing its over 125 billion barrels of proven oil reserves and 625 trillion Cubic Feet of Natural gas for the development of the continent.

“African must not be cowed to abandon its quest to grow its economies by the doomsday narrative of the end of oil era and jettison the development of its resources.

“It must be used to fuel development the same way other continents utilized dirtier fossil fuels to fuel their economic transformation,” he said.

To achieve that, according to the DPR director, Africans, “must take our destinies in our hands and join hands across all spectrum – technical, economic, legal commercial, operational, financial, and political to drive regional energy security and economic sustainability.”

He said Nigeria as a country recognizes the reality of energy transition and is committed to accelerated development of its petroleum resources through the emplacement of an appropriate legal framework to support upstream asset acquisition, development, production, and exports.

He, however, said the federal government was putting increased emphasis on midstream investments and gas-focused infrastructural development for domestic value addition via the Refinery revolution and Decade-of-Gas Initiatives.

He explained that the Decade-of-Gas Initiative will ensure natural gas reserves for domestic gas supply (Gas-to-Power), Alternative fuels (Gas-to-People), and Gas Based Industrialisation (Gas-to-Derivatives) elements of the gas-fired industrial-economic agenda within the decade.

“All these efforts will significantly increase the quantum of in-country value addition to drive the contribution of oil and gas to Gross Domestic Product, employment generation and poverty eradication in line with Mr. President’s economic transformation agenda”, Auwalu.

The director also used the moment to invite local, regional, and international stakeholders at the event including the operators, investors, financiers, and participants to take advantage of the emerging opportunities to grow their wealth and add value for a win-win outcome as Nigeria is indeed open for business.

He stressed that the future for Nigeria and Africa was bright, adding that collaboratively, Africans can lead the future and create their history if they take conscious efforts now.

He assured that the DPR, as opportunity house and business enablers, will leave no stone unturned as it continues to drive value for stakeholders to grow their wealth and contribute to national development.