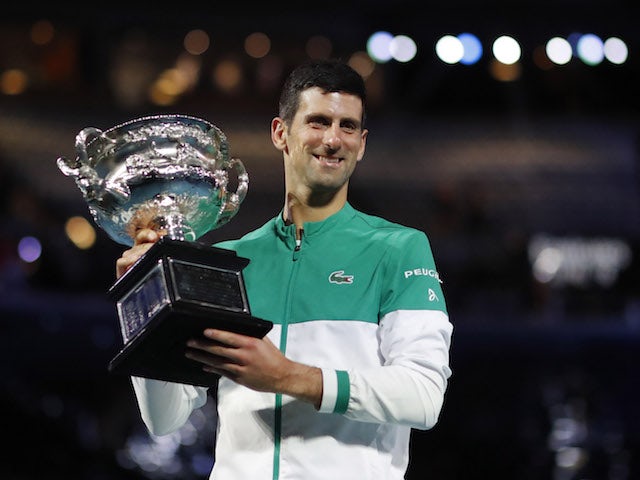 His latest triumph in Melbourne has brought the 33-year-old world number one Djokovic to within two of the record mark of 20 major wins shared by Roger Federer and Rafael Nadal.

Djokovic was more aggressive throughout but it was tough in the first set, which had one exchange of breaks.

It was not until the 12th game when he took the third of three break-points that he could seal the set.

Medvedev threatened to come back by breaking at the start of the second set, but Djokovic won the next four games to take control of the contest and never looked back.

An early break set the tone in the third set and another in the final game, taken with an overhead into the corner, secured victory on his first championship point.