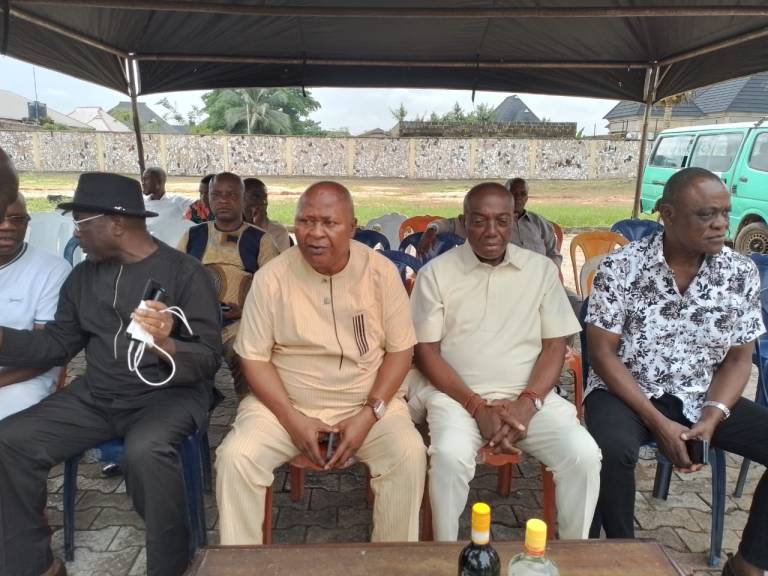 Delta Unity Group, a pressure group within the Peoples Democratic Party with an agenda to modernise Delta State, has flagged off sensitisation and mobilisation of the grassroots across the State ahead of the 2023 elections, just as the group’s National Chairman, Rt. Hon. Peter Onwusanya, spoke on the trending news on the governorship candidate, Olorogun David Edevbie, which he described as fake propaganda against Edevbie.

Onwusanya flagged off the sensitisation at a gathering of all the Wards in Ethiope West Local Government Area at Oghara.

At the event on Monday, Onwusanya said: “The PDP constitution encourages us to carry out these duties, which enhance internal democracy and sustain our vice grip of governance in the State.

“Our presence here today is to interact with and encourage our members to enlighten the people at the grassroots to collect their PVCs and vote for our candidates at all the elections that will take place in 2023.

“We are fully committed to the ideals of the PDP and we are playing complimentary roles to ensure the the party triumphs at the forthcoming elections.”

He encouraged members to be steadfast and undettered to the ideals of democracy and mobilise the grassroots to get their PVCs.

In Sapele, Sapele Local Government Area, Onwusanya enjoined the local government and ward executives and members of DUG to remain active in the mobilisation of the electorate for the tasks ahead.

“DUG is working and cannot be excluded in the affairs of the party.”

Speaking on the alleged endorsement of Sheriff Oborevwori at Afiesere by Edevbie, Onwusanya said it was a calculated lie tailored to deceive the discerning public, adding that nothing of that nature took place.

He said Edevbie did not give anybody his mandate to “wedge kola” at the alleged ceremony.

Warning against evil propaganda that could cause internal crisis within the party, Onwusanya urged all DUG members and the public to discountenance the spurious agenda setting propaganda of people with unclear intentions.

He said: “Olorogun David Edevbie is a respected member of the PDP and has no personal issues with Sheriff and our vice presidential candidate, Senator Ifeanyi Okowa.