Dele Alli breaks up with his model girlfriend 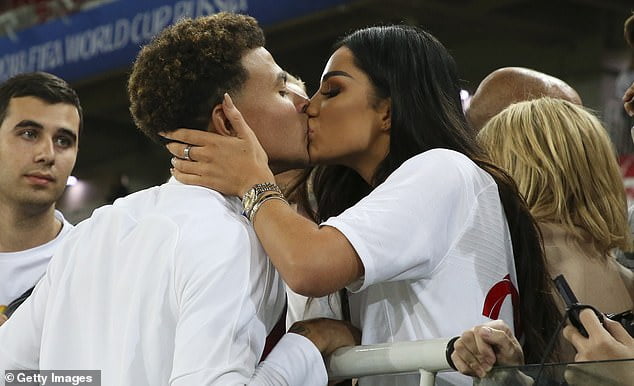 Footballer Dele Alli and his model girlfriend have split after the pair kept getting into blazing rows, insiders claim.

Alli and Mae’s split comes less than a year after the pair were robbed at knife-point by thieves who forced their way in to their Barnet, north London home in the early hours of the morning.

Mae was reportedly playing pool with Alli, 24, when he was punched in the face by the knife-wielding thugs in what she called a “horror of an experience”.

Insiders told The Sun that their “turbulent” relationship came to an end after Mae was left “incensed” her boyfriend’s behaviour.

The source said: “Their relationship has been turbulent, but it now feels very much like the end.”

Mae and Alli have been together since early 2016.

She was by his side at the Euros that summer and the 2018 World Cup in Russia before they split for a short time early in 2019.

They were back together by the summer that year with Alli reportedly flying Mae out to Madrid for the Champions League final between Tottenham and Liverpool at the start of June.

In May 2020, Alli and Mae were reportedly playing pool together when he was punched in the face by knife-wielding thugs who forced their way in to the home.

Met Police officers say that thousands in jewellery and watches were stolen in the raid.

The couple had been isolating with Alli’s brother Harry Hickford, Harry’s partner and a long-term friend when the robbers broke in and demanded the footballer hand over his valuables.

It has since been reported, by the Telegraph, that the footballer has an overnight security guard, who it is said was “not aware” of the two intruders.