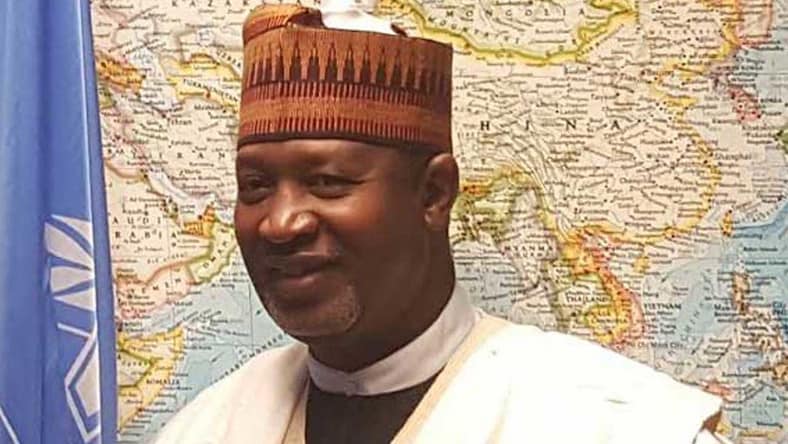 The Minister of Aviation, Senator Hadi Sirika, has offered clarifications on the closure of three international airports as part of measures to contain COVID-19.
Sirika fielded questions from State House correspondents on Friday at the Presidential Villa after giving President Muhammadu Buhari an update on the closure of the airports.
The Federal Government had earlier announced the indefinite closure of of three international airports as part of measures to contain the COVID-19 in Nigeria.
The airports are Mallam Aminu Kano International Airport, Kano; Akanu Ibiam International Airport, Enugu; and Port Harcourt International Airport, Rivers State.
The Federal Government had also cancelled already issued visas for travelers from 13 countries as part of measures to contain the pandemic Corona virus.
The countries are China, Italy, Iran, South Korea, Spain, Japan, France, Germany, Norway, USA, UK, Netherlands and Switzerland.
Austria and Sweden were later added bringing the number to 15.
Sirika said: “Well, the appropriate update will be from the Presidential Taskforce, but now there are 15 countries, including Sweden and Austria, and it’s very necessary that that is done.
“So, this is the update that we have.
“It is not 13 countries.
“It is 15 countries, including Austria and Sweden.
“And of course, as said in the notices issued to airmen, the deadline is March 21, which means one minute to midnight on Saturday.
“The wisdom in closing the three airports is that we try to minimise entry points because these things are imported.
“So we try to minimise the entry points by closing down Kano, Port Harcourt and Akanu Ibiam and then restricting Lagos to remove those 15 countries.”
Sirika said only travelers from countries that had less than 1,000 cases could be allowed into Nigeria for the time being.
He said all the stakeholders, including the Ministry of Health and the Presidential Taskforce on COVID-19, were tracking all those that had entered Nigeria from the affected countries.
The Minister said the Murtala Muhammed International Airport in Lagos and Nnamdi Azikiwe International Airport, Abuja as well as other airports in Nigeria would also be closed when the need arises.
Sirika said: “This is my individual perception.
“At some point, these airports must be closed.
“Ahis is my opinion, but like I said there is a Presidential Taskforce on CONVID-19, to which I am a member, but certainly and definitely, at some point, these airports, all of them in Nigeria, will be closed.
“I think it is the safest thing to do because these things will multiply exponentially, but for a better brief, I think, we have the forum, the Presidential Taskforce on COVID-19 will come out with a statement, but I can guarantee you that they will be closed.
“We will close these airports and we will issue notices to airmen as of what time they will be closed.
“I think it will be very soon.
“It is better safe than sorry.
“And I think in my opinion, this is my personal opinion, if you want to catch the fish, empty the water.”