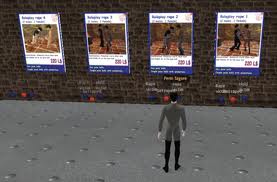 An Ilorin Magistrates’ Court on Wednesday remanded Abubakar Umaru and Lekan Abdulrahaman in prison for allegedly defiling a 14-year old girl.
The accused were alleged to have conspired and lured the girl into their room and defiled her on May 15 at Fagba Area of Ilorin.
The prosecution said the accused persons deceived the girl and invited her into their room to collect money for sachet water, which they bought from her.
The accused, however, pleaded not guilty to the charge.
The prosecutor, Inspector Mojisola Olamokun, told the court that the accused were arraigned on a one-count charge of rape, contrary to the Penal Code.
Olamokun objected to the application for bail of the accused on ground that the alleged offence was not bailable.
In her ruling, the Maistrate, Mrs Mairam Qudus, ordered the accused to be remanded in Mondala Prison Ilorin and adjourned the case to June 11.