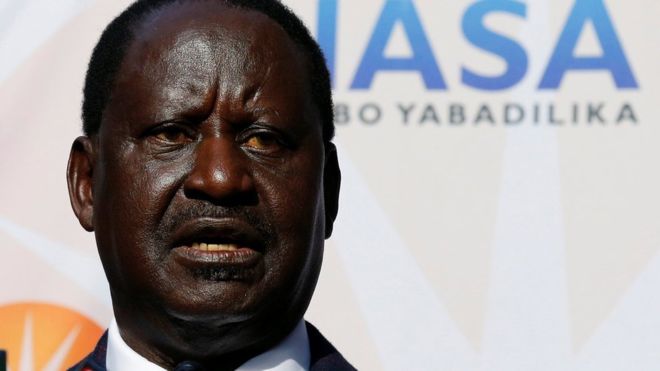 Connected Development (CODE), a civil society organisation says it plans to monitor the August 9 Kenya elections, to draw possible lessons for Nigeria, ahead of the 2023 general elections.

Hamzat Lawal, the Founder and Chief Executive Officer of CODE said this at a news conference in Abuja on Monday.

Lawal said that elections were around the corner in Kenya and Nigeria and the group was working toward ensuring a free, fair and credible process.

He said that CODE successfully observed elections in Kenya in 2013, Nigeria in 2015 and 2019 as well as the 2016 US presidential election.

According to him, CODE will deploy international delegates to observe the upcoming Kenyan 2022 elections.

“With this tool, CODE aims to strengthen emergency response during elections that mitigate electoral violence and uphold the integrity of elections in Africa,” he said.

The executive officer said that CODE would deploy 20,000 observers in Nigeria’s 2023 general election who would leverage on the Uzabe technology to observe the process.

“We are excited that in 2023, CODE is committing its resources to deploy 20,000 observers for the general elections.

“We want to ensure that we cover all the 774 Local Government Areas, This will be our largest deployment and the largest civil society deployment not only in Nigeria but in Africa,” he said.

Lawal said that the approach was to improve intelligence gathering during elections by providing real-time reports, using technology.

He said that the 20, 000 observers would work to monitor and authenticate reports from the field to ensure credible elections as well as establish early warning systems in rural and vulnerable communities.

This, he said, would provide unique learning opportunities that could help inform election monitoring strategy for 2023 elections in the country.

Njoku Emmanuel, CODE’s Head of Election Mission to Kenya, said the rationale behind monitoring Kenya’s election was the use of technology like Nigeria.

He said that in spite of these differences, monitoring the Kenyan election would serve as a trial for Nigeria on the deployment of technology in 2023.

“As much as we, a civil Society Organisation are going to Kenya to observe this very part of the election, we are hoping that the Nigerian government and INEC will also observe the process.

“This is because, what we are planning to do is what they are already doing in terms of technology deployment for a general election.

“It is important that the Kenyan election is one election before our big election in Nigeria that we need to really watch closely and see the expected challenges.

“We are hoping that this opportunity will give us that advantage and the process of the deployment of technology they have put in place will be seamless and the election will generally be free and fair,” he said.

Emmanuel added that the Kenya process would serve as a major lesson for Nigeria and civil society organisations to prepare ahead of 2023.