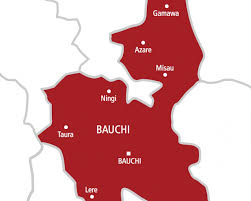 The number of Conditional Cash Transfer (CCT) beneficiaries in Bauchi state has jumped from 23,000 to 54,000, according to Amina Katagum, the Special Adviser to Gov. Bala Mohammed.

Katagum, who stated this at the beginning of a three days training for CCT Local Government Councils (LGA) Facilitators on savings and group mobilization in Bauchi on Saturday, said the state governor had directed the increase because it had remained static at 23,000 for the past three years.

“With the support of the National Conditional Cash Transfer office, Bauchi State now has an additional 31,000 beneficiaries of CCT bringing to a total of 54,000 beneficiaries,” she said, adding that plans were underway to further identify and capture no fewer than 41,000 others to be added to the National Social Register in the near future.

The CCT National Training Officer,  Kola Solomon said the training was to build the capacity of the facilitators on the CCT programme in the state, while advising the participants to be attentive during all the sessions to achieve the set target for the programme in their communities.