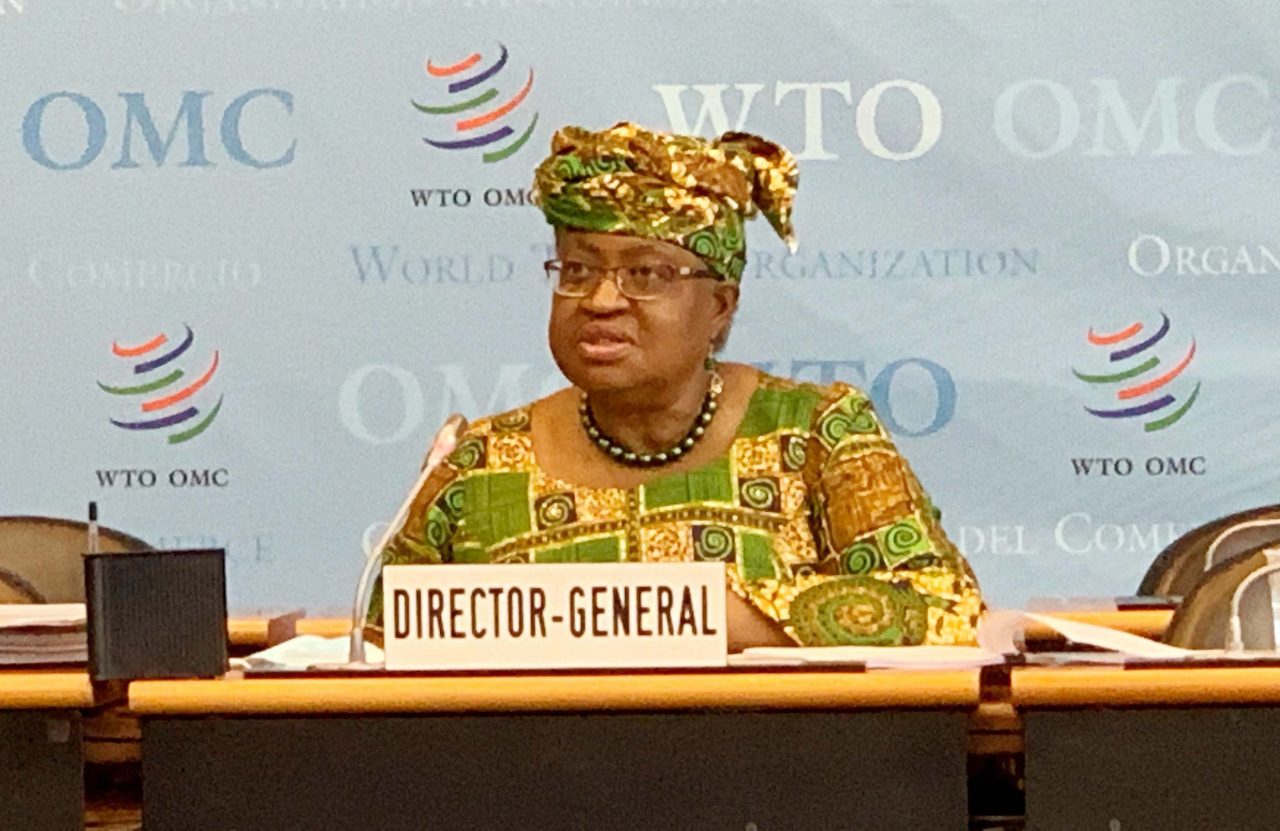 Dr. Ngozi Okonjo-Iweala, Director-General of World Trade Organisation, has applauded Nigeria’s Afrobeats stars, Burna Boy and Wizkid, for wining awards at the 2021 Grammy, saying such services should be encouraged for export in Nigeria.

Okonjo-Iweala on Tuesday in Abuja, while meeting with captains of industry sector, said with Nigeria’s large number of educated people, it has a comparative advantage in services with rooms to improve.

Burna Boy, whose real name is Damini Ogulu, won the Best Global Music Album category with his “twice as tall”, while Wizkid won the Best Video for his song with Beyonce.

The WTO director-general described the entertainment industry as a vibrant services sector embodied by artists, writers and the new generation of Nigerian musicians, actors and film makers.

She said: “Nigeria’s Burna Boy and Wizkid won the grammy award for their music and I will like to congratulate and applaud them because they are an example of services we can export.

“We are exporting so much of our creative arts abroad and this seems to be encouraged.”

Okonjo-Iweala further said Nigeria’s economy was at a critical juncture, adding that insufficient structural change had made Nigeria more vulnerable to shocks from the fall in oil prices five years ago.

This, she said, was coupled with the impact of COVID-19 pandemic.

She said the looming transition to a low carbon global economy implied more changes ahead, hence careful economic planning and management will be vital.

Speaking on change, she said Nigeria and WTO could help support the process of change because economic growth had been sluggish since 2016 when fallen oil prices pushed Nigeria’s economy into recession.

The director-general recalled that before COVID-19 hit the global economy, the Gross Domestic Product growth in 2018 and 2019 was in the neighbourhood of two per cent, with population growth at around 2.5 per cent.

“With the domestic market of over 200 million people accounting to close to Africa’s economics outlook, Nigeria has the potential to be an engine of investment, innovation and job creation in West Africa.”

Okonjo-Iweala further said that in 2019, Nigeria accounted for 0.3 per cent of global merchandise trade, according to WTO data.

She stated that the seventh most populous country in the world ranked 48th in the merchandise export and 84th for export of commercial services like cargo, transport and business, among others.

The former Minister of Finance noted that Nigeria’s trade with other African countries was made up of 19 per cent of intra African trade in 2019, roughly in line with the country’s share in continental.

This, she said, indicated that only 6.5 per cent of Nigeria’s import came from elsewhere in Africa.

The News Agency of Nigeria reports that the meeting was aimed at capturing activities of the WTO and expectations of Nigeria and the private sector from the organisation to tackle their challenges.

The participants appealed to the WTO Director-General to assist their businesses through ongoing negotiations at the WTO aimed at removing bottlenecks in international trade.