Customs seized goods worth N139.7m in two months in Zone B – Official

A mobile patrol team at the Onitsha, Anambra State Head Bridge axis of the Federal Operations Unit Zone ‘C’ Owerri on Friday intercepted a truck with military hardware and medicaments concealed within.
The Controller of Nigeria Customs Service, Federal Operations Unit Zone ‘C’ Owerri, Comptroller Olusemire Kayode, disclosed this on Friday.
Kayode gave a breakdown of the intercepted consignments as including:
• 90 pairs of military camouflage uniform
• 97 pieces of military camouflage jungle hats
• 202 pieces of military camouflage round neck vest
• 20 pieces of military camouflage singlet
• 40 pieces of military camouflage jungle boots
• 10 pieces of military camouflage water bags
• Two (2) rolls of plain military khaki material
• 7 cartons of 402 packs of hydrochloride Royal tramadol containing 10x10x10 tablets made in India
• Four (4) cartons of 60 packs Tramadol injection, made in India
• Three (3) cartons of 140 packs of CSP with codeine cough syrup made in UK
• 100 packs of Diazepam made in India
• Two (2) cartons of 231 packs of Juhel D5 tablets
• One (1) carton of 100 packs of Pankizol
• Others are 10 cartons of new flip chart board, 51 cartons of lion school chalk, one carton of file.
Kayode, while fielding questions from journalists, stated that the seizure was made following a tip off from informants and urged the public to emulate such patriotism and forward valuable information to the Service.
He added that two suspects are in custody and thorough investigation is ongoing.
He praised the doggedness and preparedness of officers and affirmed that the Unit under his watch will nip the affairs of smugglers in the bud.
Speaking further, Kayode queried the aim of the importers of the consignment in concealing the military hardware and medicament explaining that the improper importation of the camouflage and medicament pose grave health and safety risks.
He urged smugglers to engage in legitimate trade and called for public support in the fight against smuggling.
The FOU ‘C’ Owerri had also made a seizure of military hardware earlier in July. 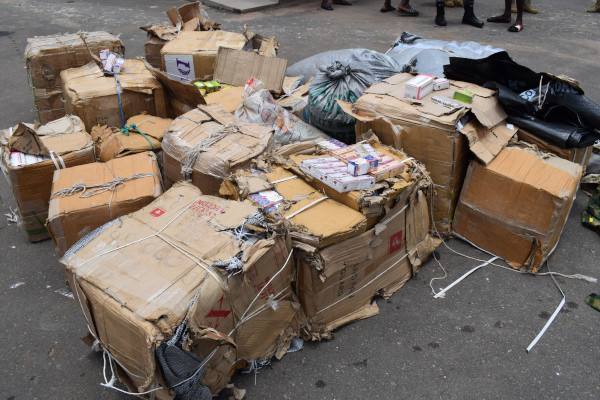 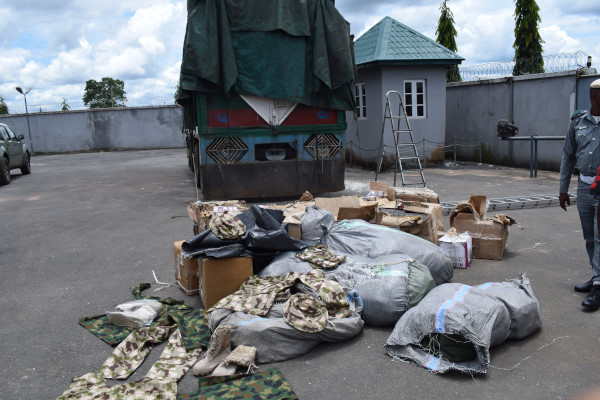 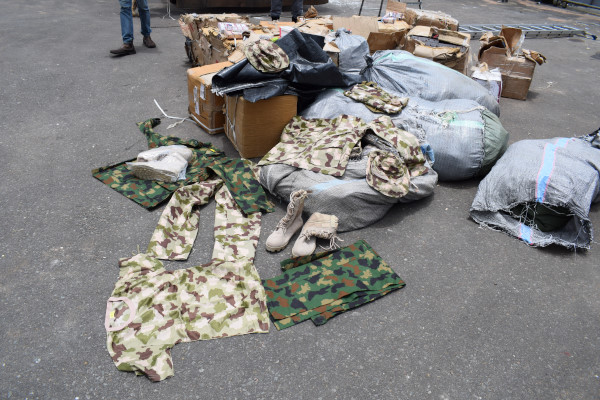 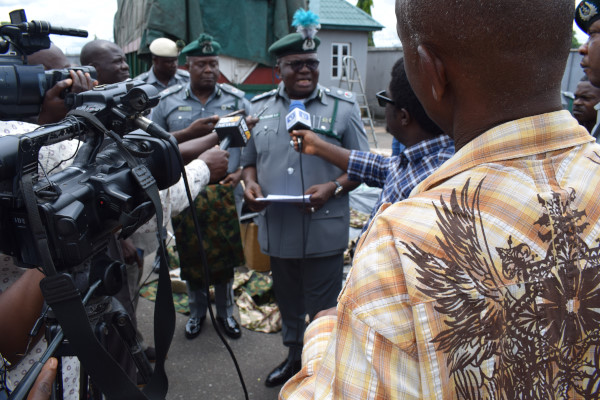 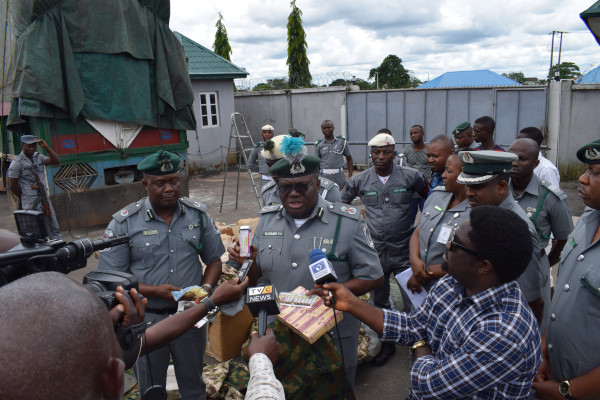 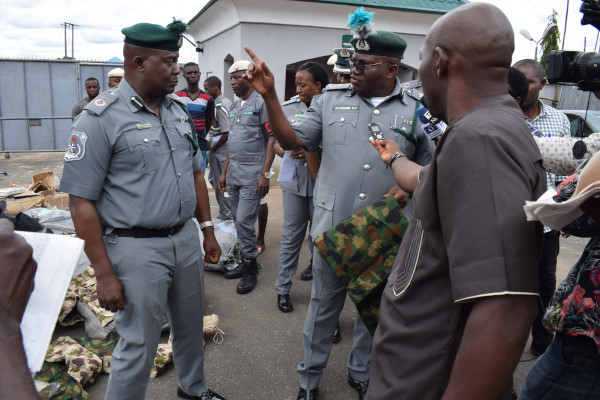 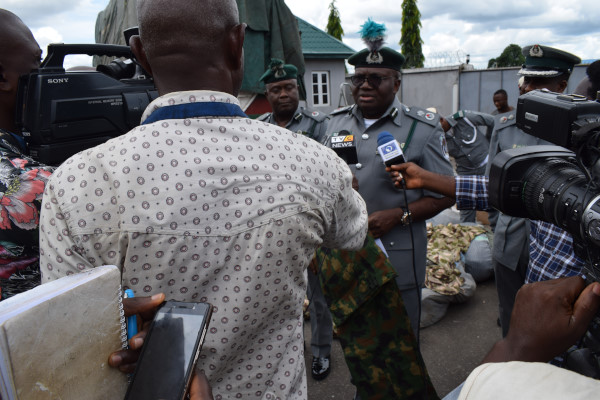 Customs seized goods worth N139.7m in two months in Zone B – Official

2023: Power blocks could throw APC into crisis over who succeeds Buhari — PGF D-G

Buhari taking Nigeria to the Promised Land, by Tunde Odesola