Bishop to Governor: Use N25 you promised me to pay workers 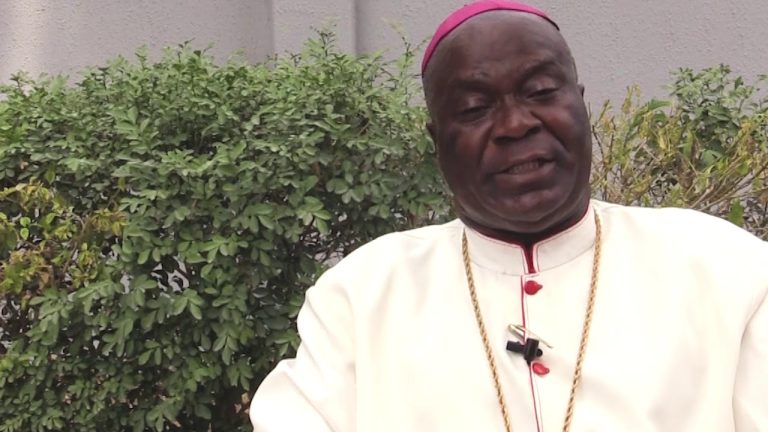 The Catholic Bishop of Uyo Diocese, John Ebebe Ayah, has told the Cross River State Governor, Prof. Ben Ayade, to use the “package” he promised him for the payment of the salary of the state’s workers, Vanguard Newspaper is reporting.

The Bishop made the demand on Sunday when the Governor donated N25 million during a Thanksgiving mass.

During the mass, held at the St. Patrick’s Catholic, Ikot Ansa, Calabar, the Cross River State capital, Bishop Ayah subtly shunned the irresistible “whispered package” of the governor to the bewilderment of the congregation and everyone else in the church.

At the thanksgiving mass for Justice Emmanuel Agim Akomaye, who was recently promoted to the rank of a Justice of the Supreme Court of Nigeria, Vanguard learned that Ayade, who was a special Guest of Honour, was invited to make a donation in support of the church’s 2022 harvest unveiling.

The governor made a donation of N25 million on behalf of the state government, his family and the judiciary.

He was quoted as having said: “You are our pride, the pride of Cross River North, the son of the soil, Bishop John Ayah, I will whisper my package to you later.”

But in his response, the Bishop told the governor that he wants to express himself while acknowledging that he was his brother from northern Cross River.

“The governor is my brother, we are both from Cross River North.

“I want to appreciate the governor and tell him to package whatever he has for me, add to it and use it to pay the salaries of the workers.”

Vanguard said it gathered that the Bishop received thunderous ovation from the congregation and everyone, which took minutes to die down.

Ayade was said to have immediately gone back to the “podium” to defend himself, explaining that the salaries of the workers were ready.

He said his administration had been faithful and consistent in the payment of salaries for well over seven years.