Atiku to Jonathan: History will be fair to you as a core democrat 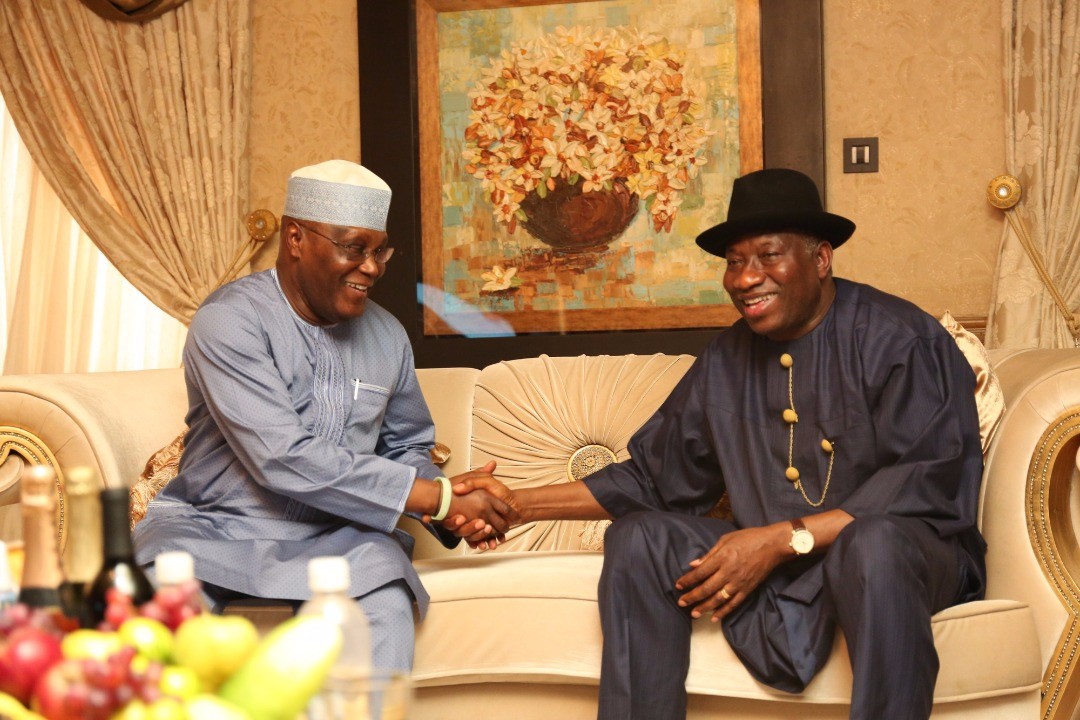 Former Vice President of Nigeria, Atiku Abubakar, has described former President Goodlcuk Jonathan as a hero of democracy in Nigeria.
The former Vice President made the assertion on Wednesday during a courtesy call on President Jonathan in his country home in Otuoke, Bayelsa State.
Abubakar, who recalled Jonathan’s exemplary decision to hand over the reins of power without qualms, observed that that singular historic decision set him apart as a democrat of unimpeachable credentials.
Abubakar, who is aspiring to clinch the presidential ticket of the Peoples Democratic Party for the 2019 poll, while reflecting on Jonathan’s action that doused tension in the country at that time, noted that the situation in Nigeria may have been different if he (Jonathan) did not voluntarily relinquish power.
He said: “I want to say without equivocation that history will be very kind to you.
“As the democrat that I have always been, I want to say you have truly excelled!
“If you did not excel as a democrat par excellence, I wonder what the situation in Nigeria would be today.”
Abubakar had during his visit to Governor Ayodele Fayose of Ekiti State called on the All Progressives Congress to follow in the footsteps of Jonathan by accepting defeat if they lose the election.
Responding, Jonathan commended Abubakar for appointing former Governor of Ogun State, Otunba Gbenga Daniel, as the Director General of the Atiku Presidential Campaign Organisation.
He noted that Daniel’s choice as DG was spot on considering that as DG of his own (Jonathan’s) Campaign in the South West, his hard work paid off and was capped with huge electoral success in the zone.
He said his relationship with Abubakar dates back to more than 16 years ago when he was Deputy Governor of Bayelsa State, during which time the Waziri Adamawa showed him friendship and support.
On his own part, Daniel paid tribute to Jonathan as the most educated president Nigeria has ever had, who made it through the ranks as Deputy Governor to becoming Vice President and subsequently President of Nigeria.
Abubakar was in Bayelsa State, from where he moved to Port Harcourt on Wednesday in continuation of his nationwide consultations for his 2019 presidential bid.