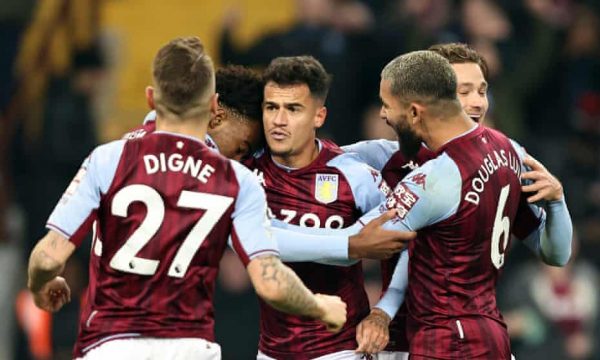 Aston Villa had completed the permanent signing of Philippe Coutinho on a four-year deal from Barcelona.

The 29-year-old has been on loan at Villa Park since January, having reunited with former Liverpool teammate and current Villa boss Steven Gerrard during the winter transfer window.

Coutinho has since scored four goals and created three more in his 16 Premier League outings, and his performances have convinced the club to make the deal permanent.

The Brazil international has put pen to paper on a contract which will keep him at the club until 2026, joining for an undisclosed fee.

Villa are understood to have completed the signing for around €20m (£17m) – significantly less than the rumoured £33m option-to-buy clause which was initially included in the six-month loan deal.

“This is a brilliant signing for Aston Villa. Phil is a model professional and his impact on the group has been very clear since he joined in January,” manager Gerrard told the club’s official website.

“With the way he conducts himself on and off the pitch, he’s also a valuable role model for our younger players who can only benefit from his experience.

“As we look to build towards next season, it is incredible to work at a club that executes its business so decisively and smoothly.”

Barcelona have reportedly included a 50 per cent sell-on clause as part of the deal, meaning that they will get half of the fee should Villa sell Coutinho to another club.

Gerrard’s side currently sit 12th in the Premier League table, just two points off the top half with three games of the campaign remaining.

Villa take on Crystal Palace on Sunday before closing out their season against relegation-threatened Burnley at home and title-chasing Manchester City away.