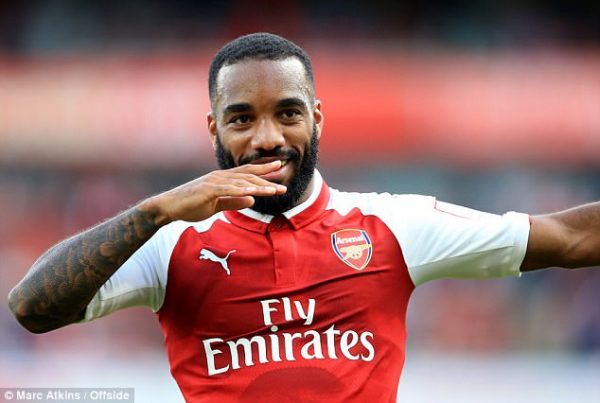 Arsenal captain Alexandre Lacazette has reportedly agreed to re-join Lyon on a free transfer this summer.

The 31-year-old’s contract at the Emirates Stadium expires this summer, and he has been widely expected to leave after ceding his place in the side to Eddie Nketiah.

A disappointing 2021-22 season saw Lacazette register six goals and eight assists from 36 games in all tournaments, with only four of those strikes coming in the Premier League.

Furthermore, the Frenchman only managed two strikes from open play in the top flight last term and did not start any of Arsenal’s final eight league matches, during which time Nketiah managed five goals.

Lacazette has not been expected to sign a new deal at the Emirates, and The Athletic now reports that the former Lyon man is now on the verge of linking up with Les Gones again.

Lacazette supposedly informed Arsenal of Lyon’s contract proposal last week, and he will end his five-year tenure at the Emirates to return to his homeland.

Lyon president Jean-Michel Aulas has made no secret of his desire to bring Lacazette back to the Groupama Stadium, telling reporters back in February: “We will make every possible effort.

“He’s a player who interests us for all that he has represented here. We noticed his maturity and he is someone that the club have stayed in contact with.”

“I am open… I have never cut contact with Lyon since I left. I try to return to the club once or twice a year to see the medical staff because we are really close. Lyon knows that I am free, they have come to the information.

The France international previously bagged 129 goals in 275 games for Lyon since joining their youth setup in 2003, finishing as Ligue 1 top scorer in 2014-15 with 27 goals.

Lacazette prepares to leave Arsenal having made 206 appearances for the club over the past five years, scoring 71 goals and providing 36 assists in that time.

The striker has won one FA Cup and one Community Shield with Arsenal since arriving for a £47.7 million fee and heads for the exit door six months after Pierre-Emerick Aubameyang also left on a free for Barcelona.

Fellow striker Nketiah is also due to become a free agent at the end of the month, but the 23-year-old is understood to be on the verge of signing a new five-year deal with the Gunners.