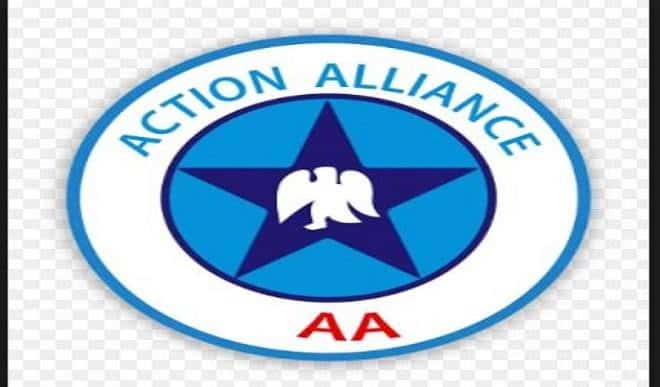 The Action Alliance on Sunday held its national convention in Osogbo, Osun State, where new executives were elected to pilot the affairs of the party.
Speaking with newsmen shortly after the election, the newly-elected National Chairman, Adekunle Omoaje, said the new executives would reposition the party for greater achievements in the nation’s political arena.
Omoaje said the new party executives would work assiduously to bring in more youths into their fold.
He said: “After our swearing-in today, we will start massive registration of members into our party.
“AA is a household name among political parties in Nigeria.
“We will use the influence of all our elders and leaders to attract more people, especially the youth, to the party, by God’s grace.”
The News Agency of Nigeria reports that Suleiman Abdulrasheed emerged the National Secretary and Deborah Banjo, the Deputy National Secretary, while Alhaji Ibrahim Isha and Obaro Samuel became the National Treasurer and National Financial Secretary respectively.
Other new executives of the party are Abdulwasiu Adeyemi, National Deputy Financial Secretary; Olaniyi Fadahunsi, National Auditor; Olu Omotoso, National Publicity Secretary; and Rufai Abiodun, Legal Adviser.
The remaining new executives are Hajia Aisha Abdullahi, Deputy National Woman Leader; Dr. Mike Madu, National Youth Leader; National Vice Chairman, South West, Joshua Adewale; Solomon Oken, National Vice Chairman, South-East; and Bright Owobrie, National Vice Chairman, South-South.
NAN reports that a large number of delegates across the country were present at the convention, while the new national executives were elected through voice votes.