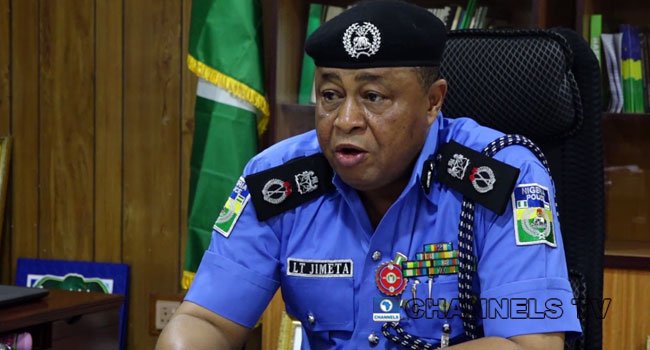 The Edo State Police Command on Saturday said it arrested no fewer than 5,070 suspects for various crimes in 2019.
The Commissioner for Police, Lawan Jimeta, told the News Agency of Nigeria in Benin that the figure represented the suspects arrested for kidnapping, armed robbery, cultism, murder, fraud and car theft during the year under review.
Jimeta, giving a breakdown of the figure, said 99 suspects were arrested for alleged kidnapping.
He added that 523 suspects were arrested for alleged armed robbery and 4,353 for cultism.
He said 92 suspects were arrested for murder, while two and one were arrested for fraud and car theft respectively.
The CP said the arrests were from 1,883 reported cases of crimes brought before the Command.
Jimeta explained that during the period under review, the Command charged 950 of the cases involving 1,979 of the suspects to courts.
“However, 429 of the reported cases are still under investigation,” he said.
Jimeta solicited the support of stakeholders and residents of the state in the fight against cultism, gender-based violence, human trafficking, kidnapping as well as armed robbery.
He also urged the public to assist the police in area of intelligence gathering.
He said: “The summary of intelligence gathering is community policing.
“Intelligence gathering propelled by community policing and information is key to the success in the protection of lives and properties.”
NAN.

ABOUT US
Contact us: [email protected]e.com.ng
FOLLOW US
© The Eagle Online is published by Premium Eagle Media Limited.
We use cookies to ensure that we give you the best experience on our website. If you continue to use this site we will assume that you are happy with it.Ok