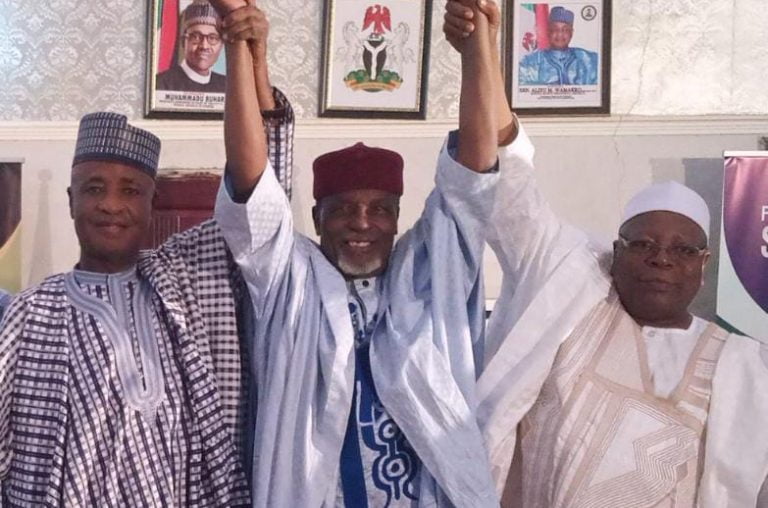 The leadership of the Peoples Redemption Party in Sokoto State, led by the party’s governorship candidate, Sa’idu Gumburawa, had joined the All Progressives Congress in the state.

A statement issued on Saturday by Bashar Abubakar, Special Assistant to Senator Aliyu Wamakko, confirmed this.

According to Abubakar, the new APC members include all the candidates of the PRP, state executives and officials from the state to local governments.

He added: “They include the three Senatorial candidates of the party, Garzali Abdullahi, Bello Holai and Shehu Ibrahim of Sokoto North, East and South Districts, respectively.

“Also involved are the 11 candidates for the House of Representatives and 30 members of the State House of Assembly.”

Abubakar added that the PRP leaders and their supporters were received by the APC leaders in the state on Friday in Sokoto.

Abubakar quoted Wamakko as saying that the development was one of the greatest successes of APC ahead of the 2023 general elections in the state.

The lawmaker, while welcoming the new members described their decision to join the APC struggle as a wise choice in ensuring the emergence of the right leadership at the right time.

He said: “I am highly delighted to receive a friend and partner in progress, Gumburawa, who is returning home to join us in our dedication to the development of Sokoto state.

“Today, I want to assure you that APC and all its members will continue to work closely with you and your supporters to enable our collective success in the 2023 general elections.”

Also speaking, the Sokoto APC governorship candidate, Alhaji Ahmad Aliyu, congratulated the new members, while assuring them of equal treatment with all other party members.

“In APC, we are one family, we support and protect one another and work closely together towards achieving our goal of safeguarding our state and Nigeria at large,” he said.

Aliyu further pledged to ensure the provision of quality healthcare delivery, education, trade and investments, agriculture, civil servants’ welfare and other developmental aspects, if given the mandate to govern the state.

Earlier, Gumburawa stated that their decision to join APC was in order to contribute their quota towards ensuring the victory of the party at the 2023 general elections.

He said: “We considered the situation the people of the state found themselves under the Peoples Democratic Party (PDP)-led government.

“As such motivated our decision to join the APC so that the state will come back to its lost glory like during the administration of the former Governor Aliyu Wamakko.”

In a related development, the APC leader had also received Bello Yarima, the Special Adviser to Governor Aminu Tambuwal on Sokoto Marshal Agency, a paramilitary Agency of the state.

The events, which held at Wamakko’s residence in Sokoto, were attended by Alhaji Maigari Dingyadi, the Minister of Police Affairs, and Senators representing Sokoto East and South, Ibrahim Gobir and Danbaba Dambuwa respectively.