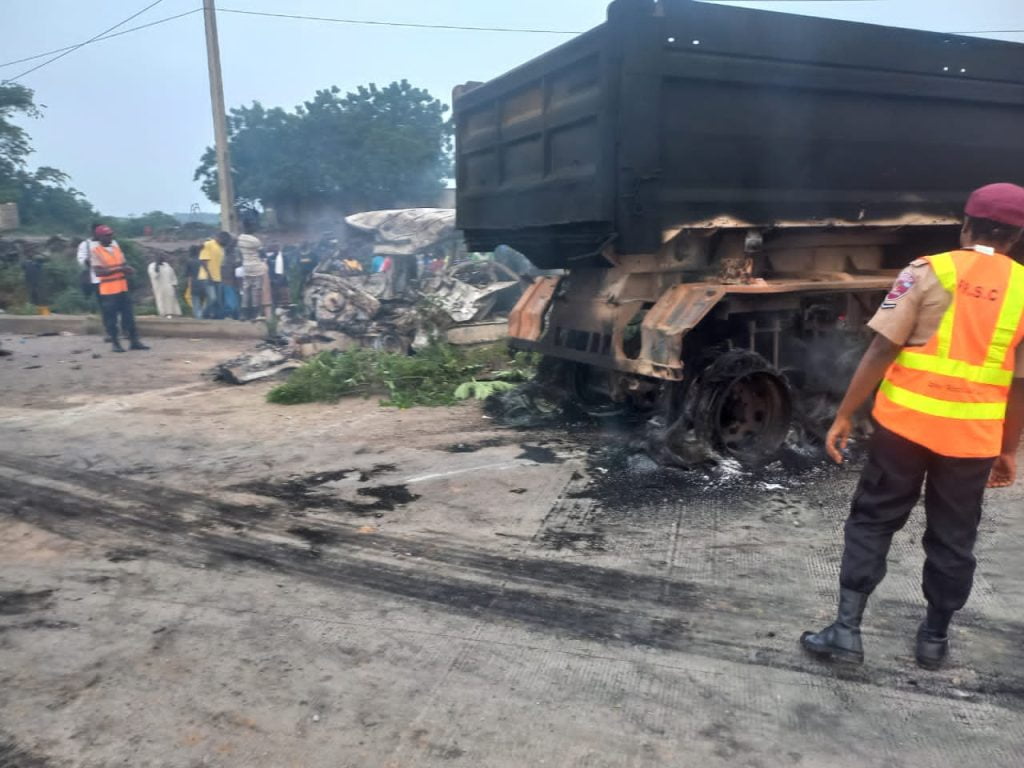 Sixteen people have been confirmed killed in an accident that occurred at Alaro City, Epe, Lagos State in the early hours of Tuesday, Franktalknow is reporting.

Spokesperson of the Federal Road Safety Corps, Bisi Kazeem, confirmed the accident to Franktalknow on Monday.

Kazeem said nine people got burnt beyond recognition out of the 16 victims.

The accident was said to have involved a Toyota car and a truck.

It occurred at about 3am at a diversion close to a construction site.

Corps Commander Kazeem said a total of 23 people were involved in the accident, with two of them escaping without injury.

Five others sustained injuries and have been moved to a General Hospital.

The FRSC said efforts are on to clear the obstructions for vehicular movement.