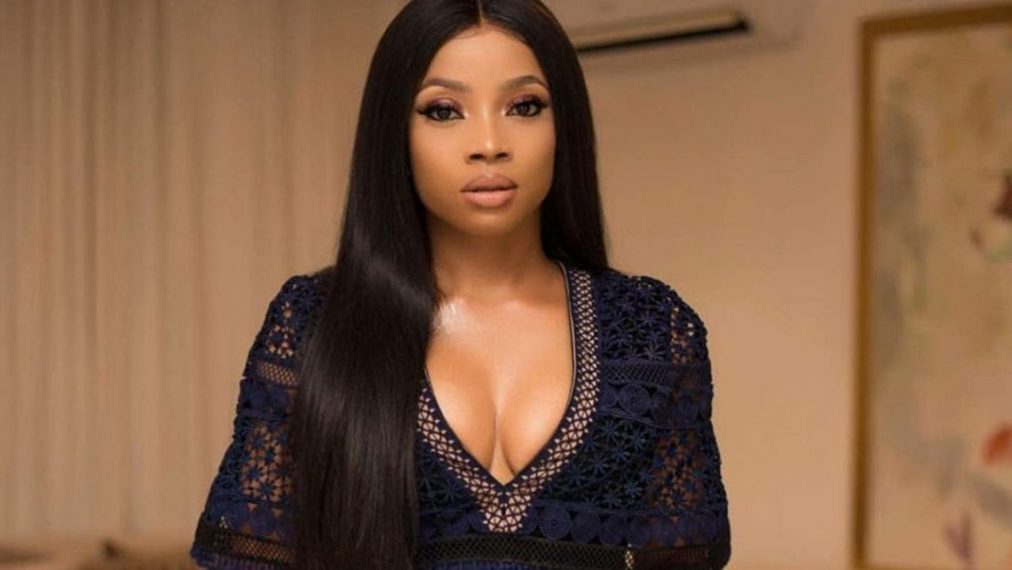 Television host, Toke Makinwa, has revealed that she was robbed of her valuables in London, United Kingdom.

The incident happened after she attended the white wedding of Nollywood actress, Rita Dominic, and Fidelis Anosike.

Makinwa revealed the robbery incident on her Snapchat page three, days after the wedding.

She stated that the burglars had taken her belongings, adding that she was left confused and puzzled as to how such an incident could have happened to her.

She wrote: “Just got robbed in London… I’m speechless.

“All my valuables are gone.

“How could this happen to me.”

Makinwa also described the incident as the most traumatic experience she has ever had, adding that watching the CCTV footage was devastating.

She added: “Thank you so much for all your calls and messages.

“Probably the most traumatic experience I’ve had and watching the CCTV of how I was robbed is devastating but thank God no physical harm was done.

“Material things, however, steep, can and always will be replaced.

“Thankful that’s all they took.

“It’s not how I wanted to begin December but life is lived forward and understood backwards.

“It will make sense someday.”

Meanwhile, earlier in the week, Nigerian singer, Yemi Alade, also bemoaned being robbed on her Instagram page after travelling to Abidjan, Cote d’Ivoire to perform over the weekend.

Alade claimed the burglars broke into her hotel room, searched through her possessions, and stole every last dollar they could find.

She wrote: “A few minutes after I left my room, some unknown people decided to go through my things and steal all the money they could find, very good.”

It will be recalled that few days ago, the Federal Government advised Nigerians traveling to the United States, United Kingdom and some European countries to be wary of thieves targeting their passports, money and other valuables.

The advisory was issued by the Minister of Information and Culture, Alhaji Lai Mohammed.