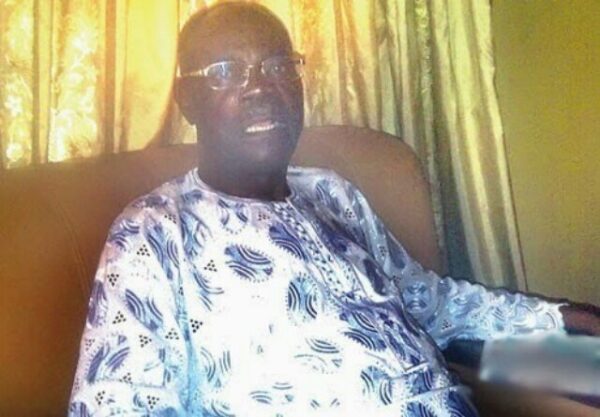 All Progressives Congress national stalwart, Asiwaju Bola Ahmed Tinubu, has described the former Deputy Governor of Ogun State, who died on Monday at 79 as a true progressive and an Afenifere to the core.
In a statement on the demise of Ogunleye by his Media Office, signed by Tunde Rahman, Asiwaju Tinubu said: “The progressive family lost another of its foremost leaders today with the passing of former Deputy Governor of Ogun State, Alhaji Abdul Rafiu Ogunleye, at 79.
“Alhaji Ogunleye was an astute administrator, very principled politician and pure Afenifere. He played his part in the socio-economic and political development of Ogun State as deputy to former governor Olusegun Osoba and made important contributions to the country particularly within the progressive camp.
“Before he became Ogun deputy governor in the early 1990s he was the state Auditor of the defunct Social Democratic Party (SDP). He was also Ogun State Chairman of the Alliance for Democracy, which he later left to become the National Financial Secretary of Action Congress before the party transformed into the Action Congress of Nigeria (ACN).
“He was a committed party man who believes in party discipline and supremacy and believes that whatever the party says should be the overriding thing.
“Alhaji Ogunleye was one of us. He felt the ACN in Ogun was sidelined in the scheme of things in the build-up to the 2011 general election particularly in the choice of governorship candidate.
“Of course I spoke with him at the time and tried to convince him against leaving the party. But Baba was already committed to his course of action and was not ready to change his position. He returned to his natural home when he rejoined the progressives by pitching his tent with the APC after the 2015 elections.
“We pray that Allah (SWT) forgive his shortcomings and grant his soul a peaceful repose in paradise. May He also comfort his family and all those he died left behind.”