The Uyo Zonal Office of the Economic and Financial Crimes Commission has uncovered a criminal syndicate of Bankers that specialised in forging signatures of deceased bank customers and stealing from their accounts.
They also execute fraudulent financial transactions, including unauthorised debit of depositors’ funds.
The members of the criminal syndicate, which include Mbong Essien, Akwa Akwa, Precious John, Kenneth Udoetuk and Ubong Udom, were on Monday arraigned before Justice Archibong Archibong of the Akwa Ibom State High Court sitting in Uyo on a 23-count charge bordering on conspiracy, forgery, obtaining by false pretence and criminal conversion of depositors’ funds to the tune of N37.69 million.
The management of Fidelity Bank Plc, Abak Road branch in Uyo, Akwa Ibom State and 72 of the bank customers had in a petition dated December 9, 2019 alerted the Commission of suspicious withdrawals from customers’ accounts, including that of a deceased customer.
Investigation by the EFCC revealed that Mbong used his position as the Head, Operations and Transaction Service and Delivery to establish a criminal syndicate that specialised in perpetrating the fraudulent transactions and deductions.
Further investigations also showed that without the authorisation or knowledge of the management of the bank, the defendants managed a fictitious fixed deposit account with interest accruing to it.
One of the charges reads: “Mbong Emmanuel Essien ‘M’, Ubong Godwin Udom ‘M’ and Akwa Ephraim Akwa ‘M’ being staff of Fidelity Bank Plc, Abak Road branch, sometime in June 2019 at Uyo within the jurisdiction of this Honourable Court did steal the sum of N10,000,000.00 (Ten million naira) only, from the Fidelity Bank account of Arit Jeremiah Eshiet, which proceeds you fraudulently converted to your personal use and thereby committed an offence.”
The offence is contrary to Section 392 (1) and punishable under Section 399 of the Criminal Code CAP 38 Vol. II Laws of Akwa Ibom State of Nigeria 1999.
They pleaded “not guilty” to the charges.
In view of their pleas, counsel for the EFCC, Nwandu K. Ukoha, prayed the court for a trial date and for the defendants to be remanded in the custody of the Nigerian Correctional Service.
The matter was thereafter adjourned to June 1, 2, and 3, 2020 for hearing, while the defendants were remanded in the custody of the Nigerian Correctional Service, pending the hearing of their bail applications. 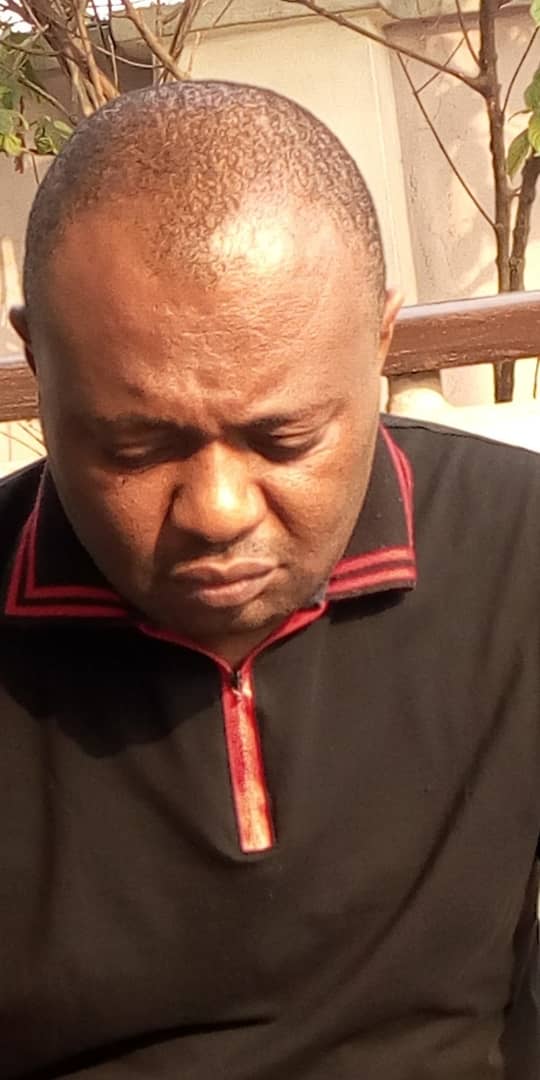 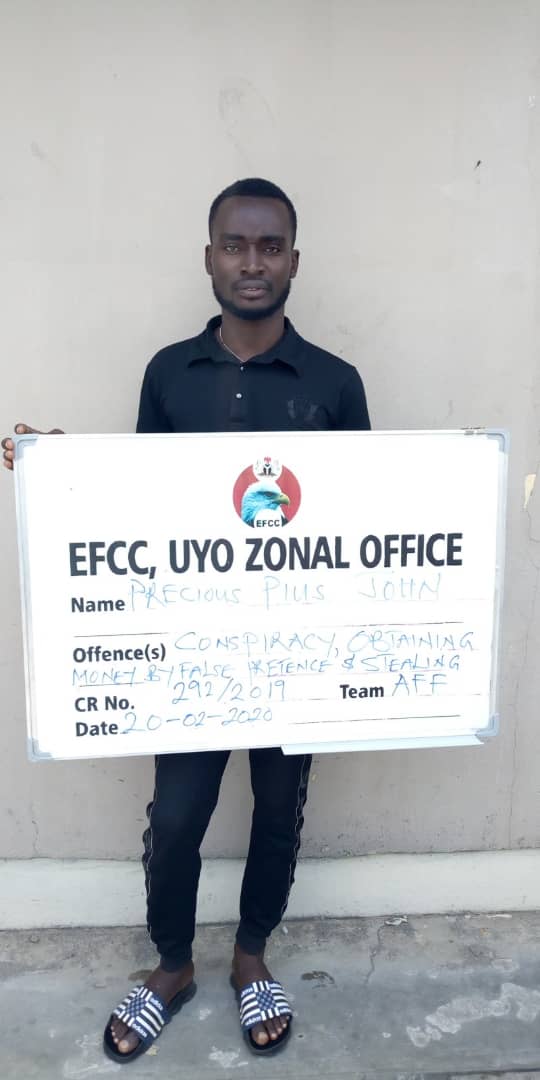 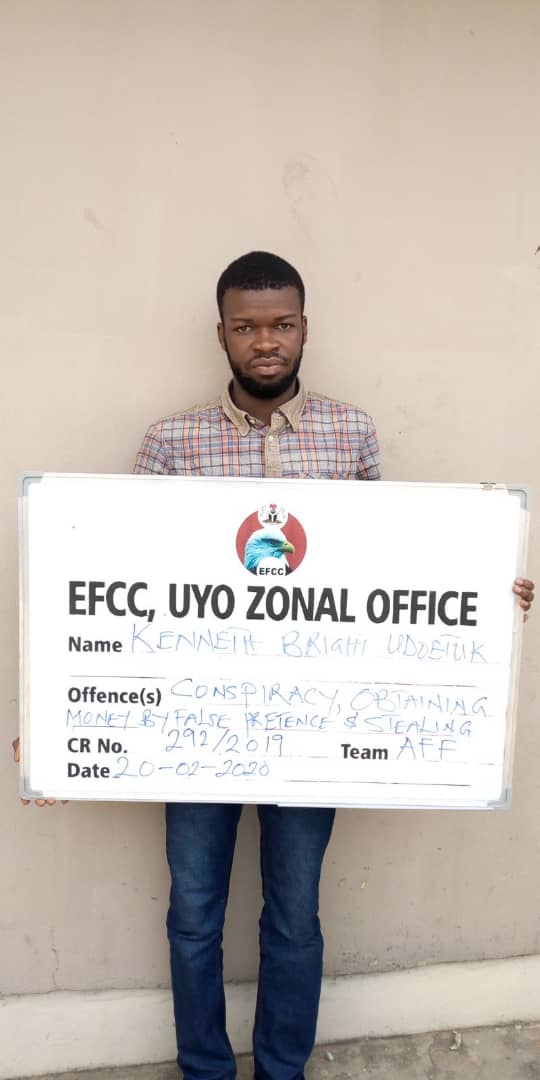 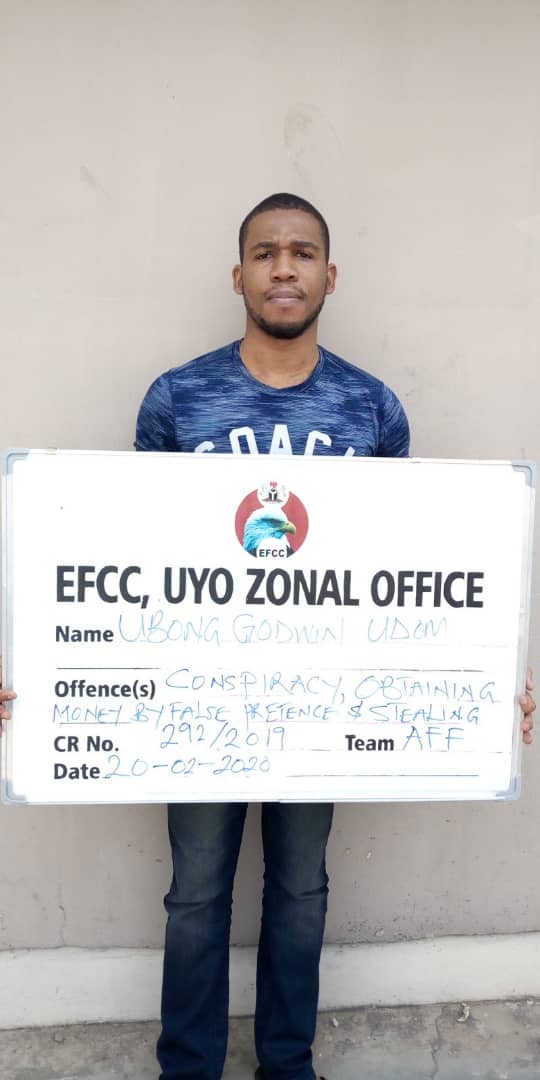 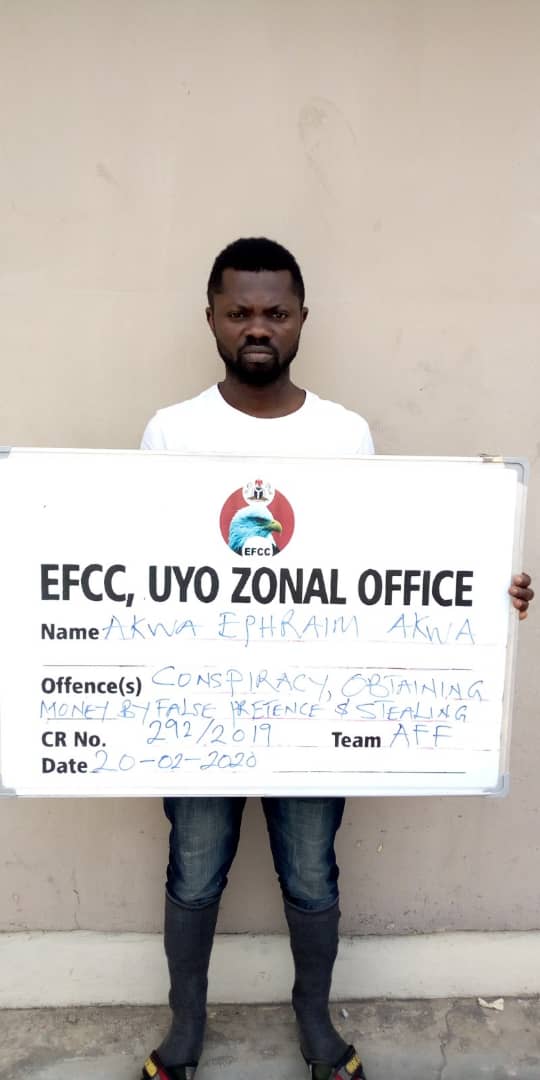 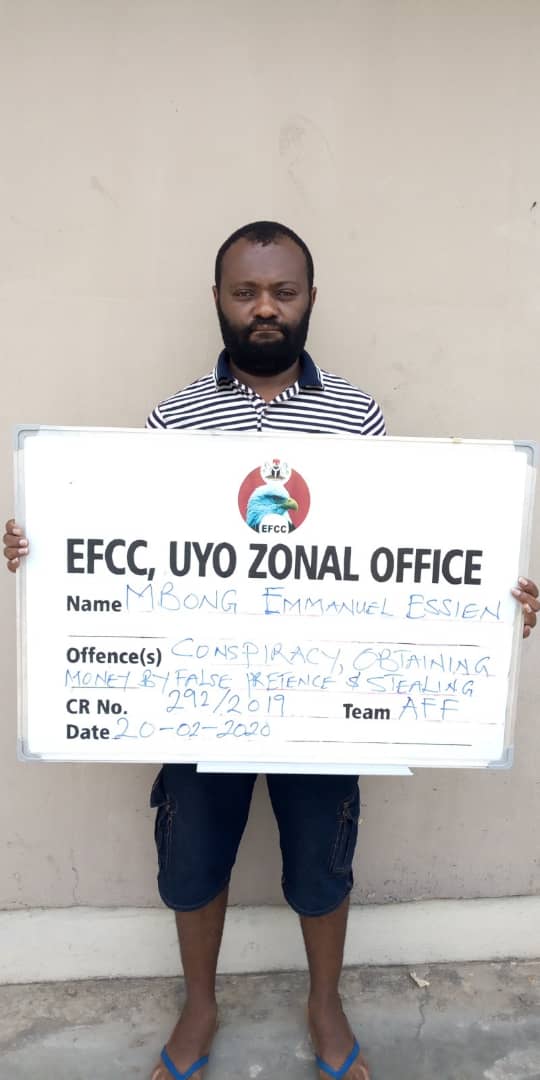