Seeds & Harvests, a television series created and produced by Segun Adegbiji on the platform of Primestone Hidden Pearl Production Organization, will premier on Africa Magic Urban, Channel 153 on November 8.

Seeds & Harvests is a satire, a mirror of attitudes, lifestyle and behaviour, which shows the consequences of choices people all over Africa make. 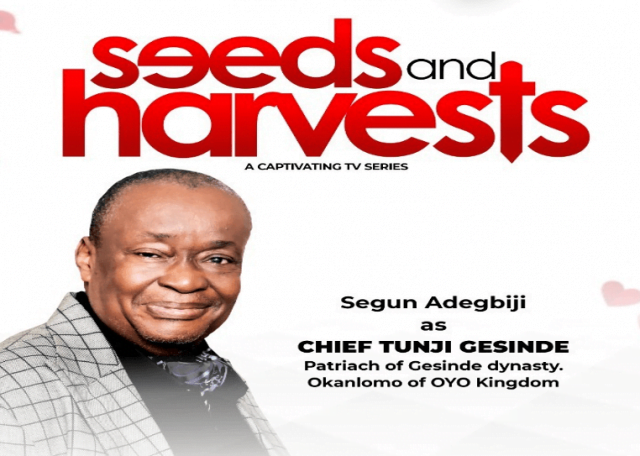 “The message is novel because we want to transform our society,” says Adegbiji. “We believe no one should oppress or suffocate others; we do not know who they will become tomorrow.

“If we make right choices, if we are considerate of the feelings of others, for wellness of others, we shall have an egalitarian society with mutual love and respect for one another.”

In the series, Chief Tunji Gesinde is the Chief Executive Officer and founder of Overflow Advertising Agency.

Married to Tundun Gesinde, a flourishing business woman, he wields a lot of influence in the society and is highly respected.

Chief Gesinde is also very fond of his wife and almost indulges their three children, Folarin, Tade and Yinka.

He has an almost perfect family – money, a flourishing business, a beautiful, intelligent wife from one of the oldest families in Oyo and children that are doing well.

He makes a move to ensure nothing goes wrong with the status quo.

But the lights dim in the Gesinde household as Chief’s move opens the door for afflictions that started rocking the boat of the family. 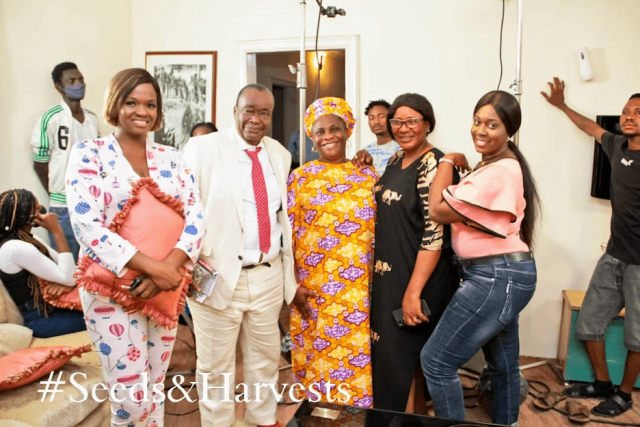 Tundun and Chief gradually drift apart, and the children are affected in various ways.

Each one tries to find a way out of the darkness in the way they think is most appropriate.

The Gesinde family grapples with the harvest of the seeds sown into their home.

Adegbiji plays the lead as Tunji Gesinde, while Prof. Femi Osofisan and Yerima Ahmed will act and write occasionally.

Moyinoluwa Olutayo worked as the associate producer, and Kingsley Omoefe is the series director.

MultiChoice brings back special step up Offer on DStv, discount on GOtv Max

Adegbiji, a pastor, was until recently the Head of Media and Public Relations of the Redeemed Christian Church Of God.

He is currently an MA PR Student of the University of Sunderland, UK.

Earlier he studied drama at the University of Ibadan, Nigeria and later obtained a Diploma in Public Relations.

Some of his previous works include participation in Sanya Dosunmu’s “Dinner with the Devil”, “Wings like an Eagle”, “More than Conquerors” and guest appearances on “The Village Headmaster”.

MultiChoice brings back special step up Offer on DStv, discount on GOtv Max