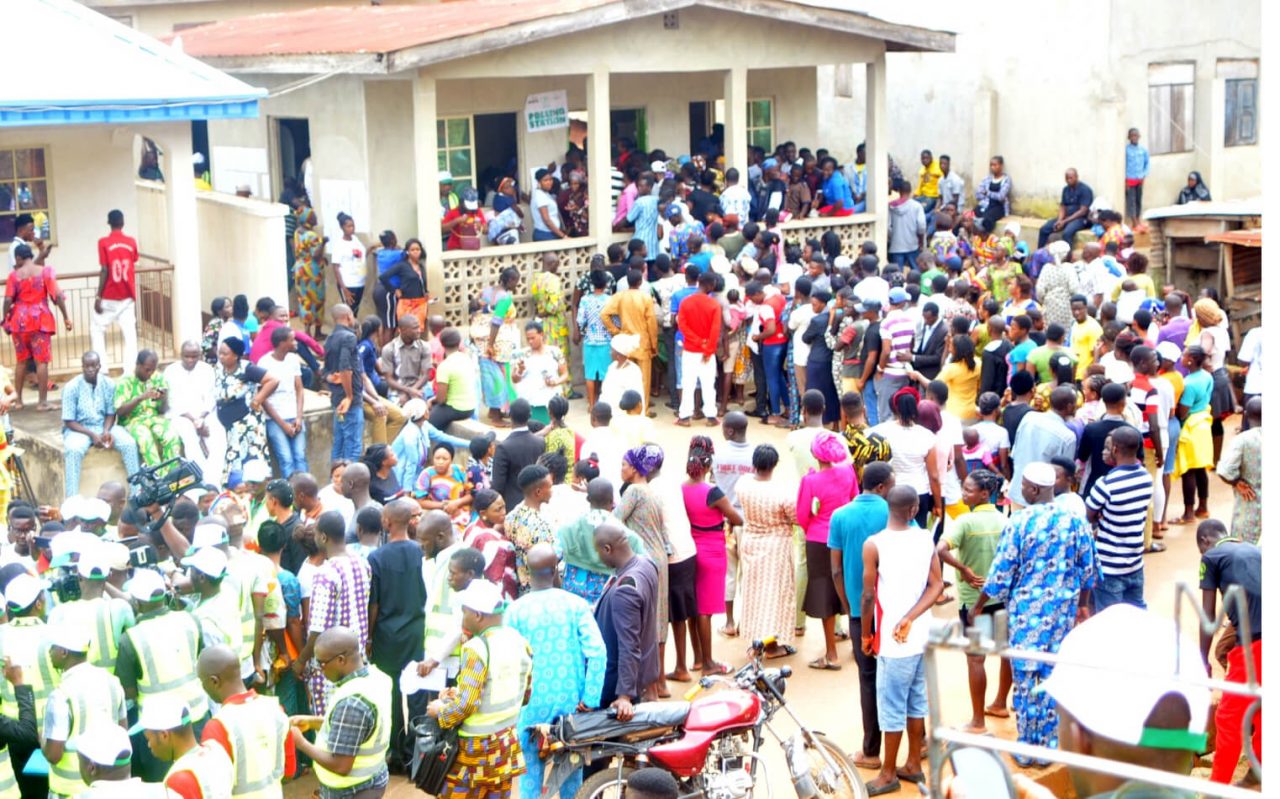 Prof Godfrey Onah, the Catholic Bishop of Nsukka Diocese, on Sunday urged Nigerians to cast their votes for candidates of their choice on March 9.
Onah made the call while giving the homily at St Theresa’s Catholic Cathedral, Nsukka.
He said Nigerians should perform their civic responsibility of electing their leaders before they could criticise the poor performance of any elected leader.
He said: “You have no moral right to assess or criticise any elected leader in your area if you did not participate in the election.
“I urge every Nigerian, especially Catholic faithful to go out on Saturday during governorship and state house of assembly elections to vote for candidates of their choice.
“As citizens of this country, it is your constitutional and civic responsibility to vote during elections in the country.”
The clergyman also urged returning officers not to allow themselves to be used by politicians to upturn the electoral wishes of the people.
He said: “What moral gut will they have to tell their students not to engage in exam malpractice if they accept money and allow themselves to be used by politicians to cheat and change the will of the electorate.”
The Bishop said for the country’s fight against corruption to yield the desired results and move the nation forward, it must be total and no persons or group should be treated as sacred cows.
He said: “For Nigerians and international community to applaud the fight against corruption, the fight must be total, no persons or group will be treated as sacred cows or untouchables.
“For the country to be free of bribery and corruption, any indicted person should be prosecuted no matter whose ‘Ox is gored.”
Onah, however, said that, some politicians who were crying that the February 23 election was rigged, was because it did not go in their favour.

He said: “The problem with our politicians is that if they win, the election is free and fair but if they lose, the election is manipulated and rigged.
“For us to move this country forward, everybody must place national interest above personal interest and show high level of patriotism.
“We should also try and vote for the best candidates during elections irrespective of their tribe, religion or political affiliations.”