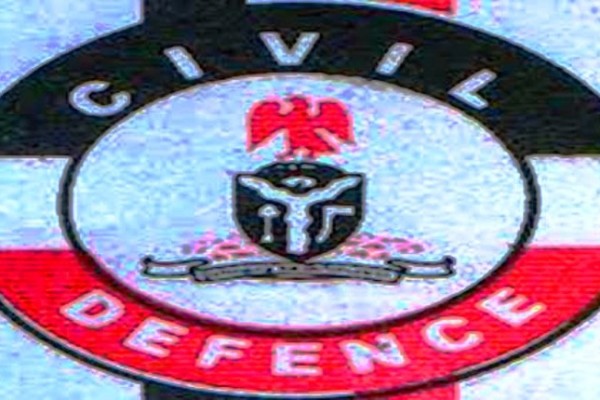 The Commandant-General of the Nigeria Security and Civil Defence Corps, Abdullahi Muhammadu, has ordered the deployment of 19,997 personnel, Mobile Surveillance Vehicles and Sniffer Dogs for Saturday’s governorship Ekiti poll.
The directive is contained in a statement by the Corps Public Relations Officer, DCC Emmanuel Okeh, and made available to the News Agency of Nigeria in Abuja on Tuesday.
Okeh reported the commandant-general as giving the order while addressing the Deputy Commandant- General in charge of Operations, Hillary Madu Kelechi, on the need for effective deployment of personnel to cover all parts of the state before, during and after the election.
He said the deployment should comprise personnel from the Commands in Osun, Kogi, Edo, Ondo, Kwara, Headquarters and other neighbouring states for maintenance of peace, law and order.
He said: “In addition to the operational officers deployed, three ACGs, six Commandants along with other senior officers from the rank of DCC to ACC below are to support the DCG Operations in supervising the deployment of personnel to critical areas.”
The spokesman said the commandant-general had also approved the deployment of Surveillance/Intelligence Unit, Medical and Disaster Rapid Respond Team, Special Forces and other specialised units to boost security in and around the state.
Gana urged the personnel to work in synergy with personnel of sister agencies deployed for the same purposes.
He warned that the Corps would not condone any act of indiscipline or sabotage as any personnel found wanting or engaging in any sharp practice would be sanctioned.
He also urged them to be good ambassadors of the Corps and be diplomatic in their approach to issues and people during the operation.