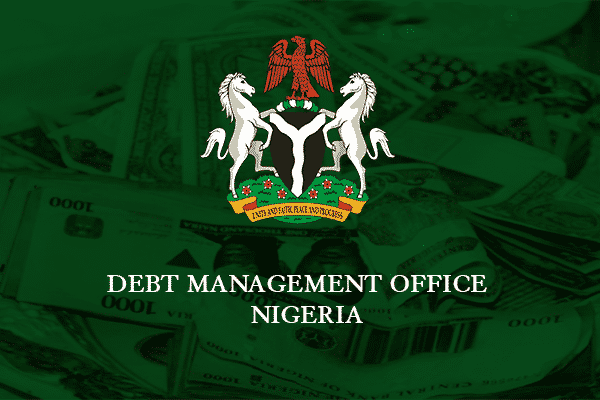 The Debt Management Office has offered N155.00 billion of three Instruments 5-Year, 10-Year and 30-Year Tenors to investors at the auction.
The DMO made this known in a statement in Abuja on Wednesday.
It explained that the subscriptions received through Competitive Bids for the three instruments at the Auction was N624.498 billion, while the sum of N1.83 billion was received through Non-Competitive bid making the total subscription received to be N626.328 billion.
According to DMO, the investor appetite for the 30-Year Bond continued to be strong, with subscription of N341.77 billion or 621 per cent compared to the amount offered of N55.00 billion.
It noted that subscription for the 10-year Bond was N201.98 billion or 404 per cent when compared with the amount offered of N50.00 billion.
The DMO explained: “Successful bids were allotted at the rate of 9.8500 per cent for the 5-Year, 11.1250 per cent for the 10-Year and 12.5600 per cent for the 30-Year Bonds, which indicate a significant decline from the rates of 11.0000 per cent, 12.0000 per cent and 13.0000 per cent for the 5-Year, 10-Year and 30-Year Bonds, respectively, at the December 2019 Federal Government Bond Auction.
“The total amount allotted for Competitive Bids was N409.992 across the three tenors.
“In addition, the sum of N1.83 Billion was allotted through Non-Competitive Bid for the 30-year Bond at the same rate with the Competitive Bids.
“Overall, the sum of N411.822 Billion was allotted to investors at the Auction through both Competitive and Non-Competitive Bids.”
Meanwhile, the DMO disclosed that January 2020 Federal Government Bond auctioned, which took place on January 22, was oversubscribed by more than 300 per cent.