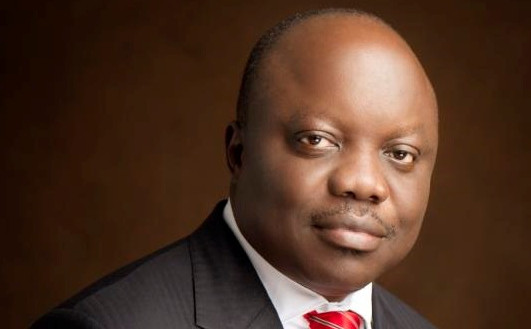 Youths in Itsekiri axis of Delta State on Tuesday threw their weight behind a Bill before the Delta State House of Assembly seeking to restructure the formation of the Delta State Oil Producing Areas Development Commission.

The Bill, sponsored by Governor Emmanuel Uduaghan, which had sailed through its second reading on the floor of the House, had generated controversies across the state.

The bill seeks to empower each of the oil producing areas to have its own commission and those to pilot its affairs on tenure basis.

This came barely one week after Ika youths stormed the Assembly complex, upholding the Bill, having described it as a patronizing idea.

The Ika ethnic nationality, which joined the league of oil producing areas of the state following the discovery and commercial operation at Abavo, Ika North-East Local Government Area, support the bill as they stand to benefit more.

Also in Warri on Tuesday, an Itsekiri youth leader, Comrade Benson Erewa, who explained the details of the Bill, said it would significantly impact on the lives of the host communities if passed into law.

Erewa, who was part of the movement for the creation of the commission towards the tail end of former Governor James Ibori’s administration in 2007, said should the bill sail through, the operation of the commission would be decentralized and more powers would be bestowed on different ethnic nationalities that account for oil production in the state.

Erewa listed the benefits to among other things include the creation of more employment opportunities to oil producing communities and bringing development closer to the grassroots.

He pleaded: “I appeal to al the oil producing ethnic nationalities be it Ijaw, Itsekiri, Urhobo, Ndokwa or Ika to support the restructuring of DESOPADEC. DESOPADEC as it is presently constituted does not touch the critical masses at the grassroots. The proposed restructuring aims to will not only create more jobs to our teeming youths but also enhance development. There will be a decentralization of power. More powers will be given to the ethnic nationalities.”

Erewa advised all the ethnic nationalities to join hands with the lawmakers to carry out a comprehensive restructuring of the interventionist agency for the benefit of the long neglected oil producing communities in the state.