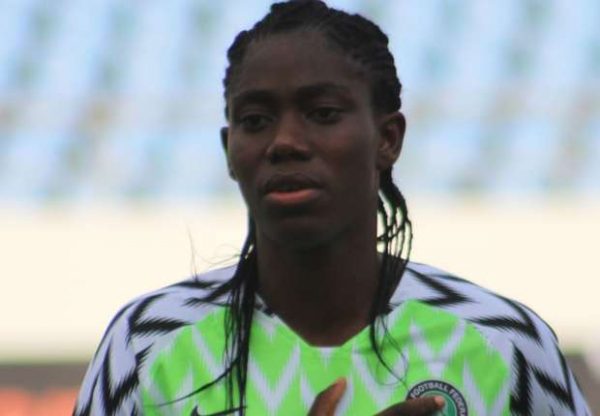 Barcelona’s Asisat Oshoala has been ruled out of Nigeria’s crucial 2022 Women’s Africa Cup of Nations qualifying play-off in Ivory Coast after suffering another injury blow.

The four-time African Women’s Footballer of the Year, 27, injured her left thigh while training with Nigeria’s Super Falcons.

She will be sidelined for an estimated 10 weeks, her Spanish club announced.

Barcelona’s leading scorer this season and the top scorer in the Spanish top flight, with with 19 goals in 16 appearances, Oshoala only recently returned from a two-month lay-off with a knee injury.

The forward missed her country’s 2-0 win over Ivory Coast on Friday and will not feature in second leg of the play-off tie, which is scheduled for Abidjan on Wednesday.

Oshoala, the first African player to win the European Women’s Champions League, is not expected to return before the end of April, which means missing both legs of the sold-out Champions League quarter-final tie against Real Madrid next month.

Her country’s captain and the continent’s most decorated female footballer, Oshoala was expected to play a key role for the faltering Super Falcons against the Ivorians.

The Lady Elephants had stopped Nigeria, who are nine-time African champions, from reaching the 2020 Olympics.

Coach Randy Waldrum has come under huge criticism for his results, which include only edging past bitter rivals Ghana 2-1 to reach the second round of qualifying.

Oshoala, the maiden BBC Women’s Footballer of the Year winner in 2015, scored at the 2019 Women’s World Cup to help Nigeria reach the last 16 in France.

The former FC Robo and Rivers Angels star moved to Quanjian in February 2017 from English side Arsenal, with whom she won the Women’s FA Cup at Wembley in 2016.

She finished as the Chinese Women’s Super League top scorer in 2017 with 12 goals to help her club to the title.

Oshoala, who began her European career at Liverpool, won her third Women’s Africa Cup of Nations with the Super Falcons in Ghana in 2018, scoring three goals as Nigeria lifted the title for a record ninth time.