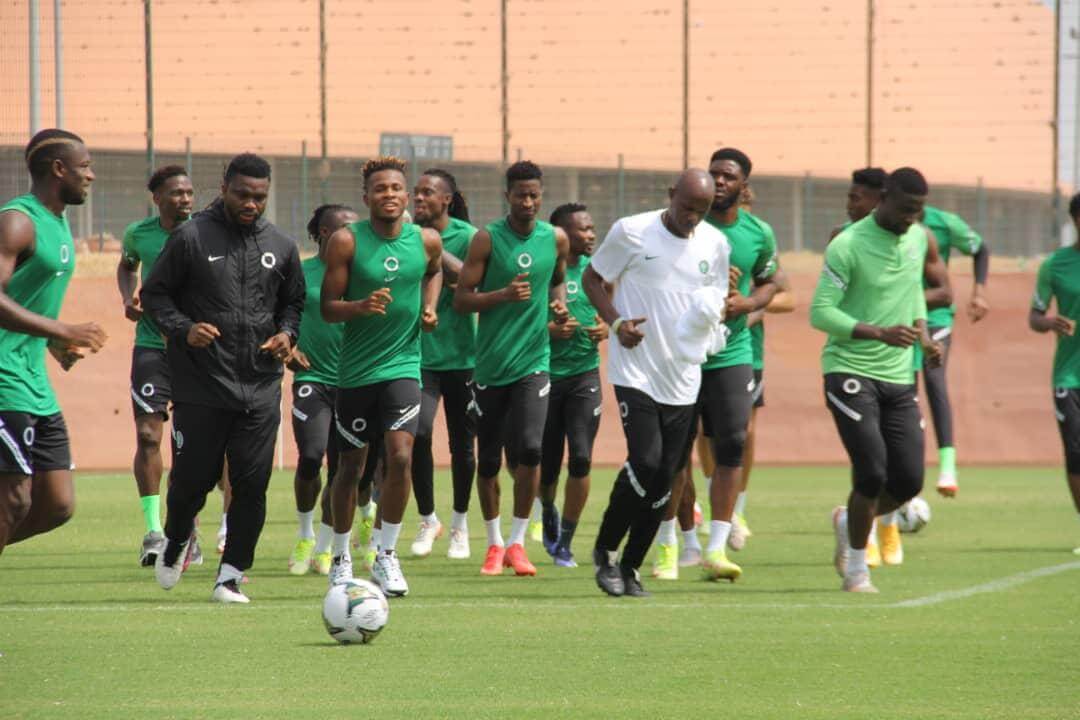 A controversial penalty tucked in by Riyad Mahrez and a 28-yard scorcher by Youcef Atal saw Algeria complete a comeback and left the Super Eagles to a narrow 1-2 defeat in an international friendly.

The match, played in Oran on Tuesday, saw Nigeria open scoring early in the 9th minute through France-based Terem Moffi.

This was after Moffi escaped the attentions of Algerian defenders and hooked the ball into the net as a shot by defender Calvin Bassey was deflected in a goalmouth melee.

This was when goalkeeper Francis Uzoho upended Riyad Mahrez in the box from a counter-attack, but the hosts had already been caught off-side.

Minutes later, the Super Eagles thought they were 2-0 up when Ademola Lookman finished calmly as they counter-attacked, but Algerian referee Mehrez Melki ruled it off-side.

Mahrez leveled up scores at 1-1 for the North Africans five minutes from recess.

This was when he coolly slotted past Uzoho after referee Melki adjudged that Frank Onyeka had fouled Youcef Belaili in the Nigerian box.

Not withstanding, they created a hatful of chances in a frenetic first half that would have made the game a fait accompli.

The hosts wrapped up the game when Youcef Atal, latching on to a free ball from 28 yards after a corner kick was poorly cleared, slammed past a badly-positioned Uzoho.

Nigeria will next face Portugal in a friendly in Lisbon on November 17.