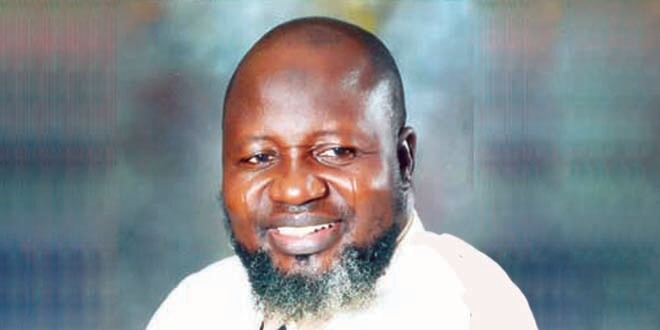 The same banana peel that was at work at the National Information Technology Development Agency under the ousted former Director-General, Peter Jack, who was removed by President Muhammadu Buhari’s administration, has again resurfaced in the agency.
NITDA is an agency of the Federal Government with the vision to be Nigeria’s prime agency and catalyst for transforming the nation into a knowledge-based and IT-driven economy under the Ministry of Communication.
It is presently enmeshed in another employment racketeering.
Like a recurring decimal, the new developments at NITDA is akin to that which undid the former administration under Jack, who was fired by President Buhari through the Minister of Communication, Barrister Adebayo Shittu, for shoddy deals and illegal employments.
The new helmsman of the agency, Dr. Isa Pantami, succeeded Dr. Vincent Olatunji, who was made Acting DG of NITDA after Jack was fired by the government.
Curiously, the same unhealthy transactions, which made Jack to lose his job, is currently at play, according to a release by the Lagos-based Whistleblowers Group of Nigeria.
The group, in a release signed by Habib Jafar and Emmanuel Ajayi, the Convener and Secretary respectively, stated that the ongoing anti-corruption crusade of President Buhari’s administration “must be allowed to fester and flourish notwithstanding whose ox is gored”.
The group maintained that no one should be spared as the fierce fight against corruption gets underway in the largest black nation in the world.
The WGN said: “To this end, Whistleblowers Group Nigeria has uncovered yet another unwholesome practices in NITDA being perpetrated under its leadership. The unwholesome practices ranged from proxy concealment of kickbacks of between 10% to 15% from agency’s contractors to secondment of over 25 staff of the agency to sister agencies, with the affected staff still drawing their pay from NITDA.
“The secondment of the affected staff, 90% of who are from Bauchi and Gombe states, the home state of the DG, majority of who he shoddily recruited are being paid from NITDA account and absorbed without due process. It did not only negate the principle of federal character but also revealed NITDA management as guilty of nepotism. This outright abuse of office and delaying in paying contractors earlier awarded some contracts by his successor, and alleged demand for kickbacks from between 10% to 15% through his pointsman who doubles as a top Finance officer in the agency, is generating ripples and undue suspicion that similar infractions exposed under Peter Jack may be a child’s play afterall.”
The group also accused the DG “of armtwisting and muscling agency’s staffers to submission by instilling undue fears into their minds to ride roughshod on their faces? Our findings further revealed that the DG now parades two Personal Assistants with one of them simply identified as Engr. Ibrahim presently under security watch after a clandestine recording of an illicit deal on behalf of the DG was uncovered in a tape recording.
“Also, the Whistleblowers Group of Nigeria is currently in possession of documents on property transactions involving a friend of the DG (names withheld), acting as a front for Pantami, in a choice area of the Federal Capital Territory less than six months for use of the DG who assumed office barely a year ago thus fueling suspicion that the new helmsman is living beyond his means”.
In this direction, the WGN called on the Committees of both arms of the National Assembly on Federal Character to beam their searchlights on NITDA again so as to whip into line the new leadership as it will not hesitate to alert and avail government’s anti-corruption agencies – the Economic and Financial Crimes Commission and Independent Corrupt Practices and other related offences Commission with all the facts at its disposal.
Reacting, Pantami, who was evasive when asked if he read the text message sent to him concerning the allegations after initial botched attempts to get him on the phone, confirmed receiving the said allegations but promised to get back.
Ever since 10:38am on April 13, 2017, he was yet to return the call and efforts to reach his mobile phone after that have been futile as his line was switched-off like it happened the previous day, Wednesday.
It would be recalled that Shittu, last year, suspended Jack over allegations of illegal employments and procurement carried out in direct contraventions of laid down rules and procedure unknown to civil service administration in Nigeria.
Shittu, while justifying the suspension of Jack during an interaction with journalists, explained that there were several infractions at NITDA, both financial and appointments.
Shittu, who said by law, he only has the power to suspend the then DG, added: “Since NITDA’s establishment, the agency only has 70 staff, but all of a sudden we discovered that about 400 people were appointed. This was done without interviews; no skill gaps assessment and no letter and without recourse to the ministry. Offices were just created without adequate portfolios. You will recall that NITDA for now does not have a board.
“In the absence of the board, the law says the minister should act. They never carried the ministry along in the several appointments that were made, which should not have been.”
According to Shittu, most of the discoveries at NITDA under the suspended DG were very outrageous, adding: “He reported me to so many people and even blackmailed me up to the National Assembly. Though, he is under suspension because that is what the law allows me to do. However, if the on-going investigations found him clean, he will be restored back as NITDA DG.”
Jack was fired for the alleged misdemeanors.