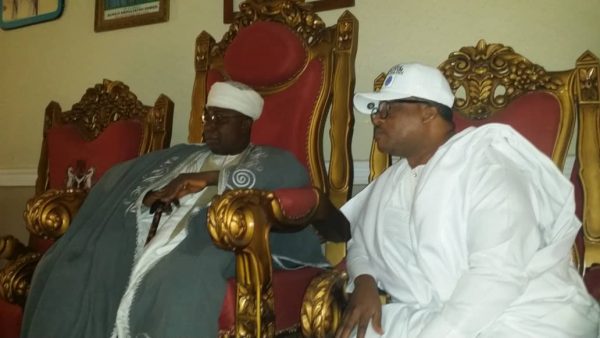 Accord Party Governorship candidate, Prince Ayorinde Adedoyin, has said that the people of Kwara State will reject the candidates of All Progressives Congress and the Peoples Democratic Party in the coming governorship election in the state.
Prince Adedoyin while addressing supporters at Baruten noted that there is no difference between the candidates of the two major parties that have impoverished the people of the state since 1999 when Nigeria returned to civil rule adding that Kwarans have not had any good experience of governance with previous governments and the current one.
He said: “In 1999 Governor Lawal was here and he could not do much due to the influence of godfathers. The 8 years of Bukola Saraki was years of economic waste without any commensurate value to the resources the state got under him. The 8 years of Saraki was the period of oil boom. Apart from a part of GRA Ilorin where some of them have their houses the whole of Ilorin is run down without good access road, no running public water, the public schools and hospitals are in shambles.
“How can our people vote for the parties that have oppressed them and repressed them with poor governance? Saraki and the current government were in APC from PDP. They moved back from APC to PDP. So in a way both APC and PDP are same in terms of experience for our people. I have been campaigning around the state for the past 3 months visiting communities without basic amenities yet we have people running this state for the past 19 years.”

Adedoyin who said he is sure of winning the Kwara governorship election also revealed that many of the leaders of the major parties and other critical stakeholders in the state are supporting him because they trust him as capable of turning the fortunes of the state around for good for the benefit of our people.
He said: “My party and I have been moving round the state from house to house, ward to ward with our message on how to rebuild Kwara. The message and our programmes are resonating with the people. Most leaders of APC and PDP in the communities and opinion leaders are coming behind us. The want a Kwara that work for the people not few elites.”