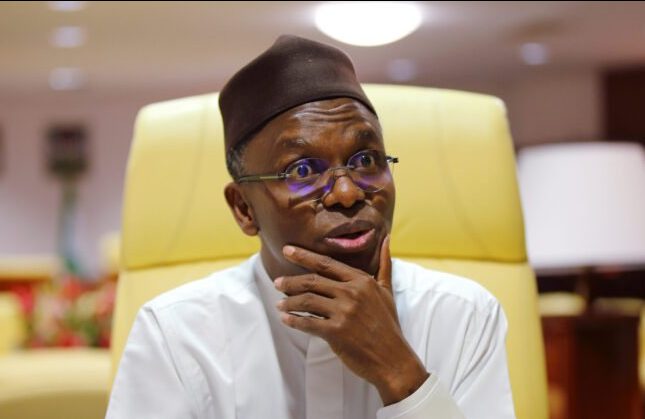 A former Minister of Aviation, Femi Fani-Kayode, has shared a throwback video of the Kaduna State Governor, Nasir El-Rufai, berating former President Goodluck Ebele Jonathan for not negotiating the release of the abducted Chibok schoolgirls with Boko Haram Terrorists.

In the video, El-Rufai, who was just a member of the All Progressives Congress at the time, described the Jonathan’s Administration as incompetent over the level of insecurity in the country during an interview with Sahara Reporters.

According to him, terrorism had become an industry during the Jonathan administration.

He stated that the government should adopt military force and negotiations in securing the release of the abducted Chibok schoolgirls.

He said: “If you say we are politicising it, then fix the problem, eliminate terrorism.

“Five years ago, nobody was talking about terrorism in Nigeria.

“Under Jonathan, it has become an industry and we should not take advantage of their failings so that we will secure the votes of Nigerians in the coming elections.

“There must be something wrong with them.

“We have made suggestions to the government on how to improve security, but they have ignored it.

“They have set up five different committees that have given them recommendations on how to address this problem of terrorism in the last three years and they have not implemented one.

“They are incompetent but they try to blame other people.”

When asked what he thinks is the solution to terrorism in the country, El-Rufai stated that the government has the solution.

He said: “The government has the solution to this problem.

“Several committees have given them recommendations.

“They should just implement the recommendations in their drawer.

“As for rescuing the girls, we have seen examples of what other countries do when this situation happens.

“You should have military action on one hand and negotiation on the other hand.

“You should not for close anything because the lives of your citizens are at risk and you don’t want to lose one life or the lives of 250 girls.

“So whatever it takes to rescue those girls should be done.

“If one of these girls was Jonathan’s daughter, the story will be different.

“The only reason why these girls are still in captivity is because they are not the daughters of one important man in Nigeria and we know it.

“If you say we are politicising terrorism, then go and rescue the girls so I don’t have a basis to politicise it.”

He said: “I am in support of every option.

“When you have lives of your citizens at risk, you should not take any option off the table.

“You should be flexible, you should visit, you should negotiate and look at the price you have to pay.

“And get those girls out.

“You should not say you won’t do this or that.

While sharing the video, Fani-Kayode wondered why El-Rufai, who is now a governor, is insisting that his government will not negotiate with bandits who have continued to terrorise his state.

He wrote: “Do you remember this?

“Governor El Rufai said all this seven years ago and yet look at what is happening in our country today after GEJ left power!