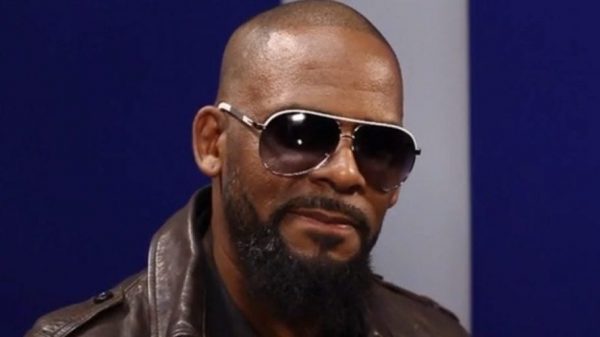 Some Africans have taken to Twitter to kick against singer, R Kelly’s alleged plan to escape to the continent following alleged sex crimes scandal.
News Agency of Nigeria reports that the ‘Lean on me’ singer has been facing criticism and possible music boycott for alleged sexual abuse which were detailed in a documentary.
The documentary, `Surviving R. Kelly’ is a six-part series detailing sexual abuse allegations against R. Kelly in the US. It aired over three nights, from January 3 to January 5, 2019.
Featuring more than 50 interviews, the show unpacks the R & B singer’s reported two-decade history of using money and fame to sexually abuse women, oftentimes young black girls.
According to host Angela Martinez during ‘The Breakfast Club’ on Thursday, investigators received a tip from an anonymous individual, revealing the singer’s intentions to flee.
American media personality Charlemagne tha God, during the same episode of The Breakfast Club, said, “You think you can just pull up in Johannesburg and Nigeria and be welcomed with open arms?”
“They got the internet too, and they know what’s going on. His brothers in Africa will whoop him,” he said reacting to R Kelly’s alleged planned escape to Africa.
Since the news broke, Twitter users mostly Africans have warned the singer against the move.
They urged him to clear his sexual assault charges before visiting.
They also pleaded with relevant authorities to prevent him from relocating to prevent the continent from being seen as a hiding place for alleged sexual predators.
Below are some of the tweets:
@Enyakanbi said, “Running to Africa will increase his woes. He should better run to Jesus”.
@Spritfingers wrote, “Deny his passport. Freeze his accounts”.
@Nchi_feny tweeted, “We don’t want him in Africa. He should take responsibility for his actions. @rkelly you should consider running to God instead”.
@Faux_bode said, “He should not try that rubbish! Because Africa is a dumping ground abi?!”
@Preshey said, “He is not welcome to west Africa.”
@Sox_m tweeted, “He’ll be okay, we still haven’t dealt with our own perpetrators. Nikka dropping a mixtape soon even.”
@Bloss_cherry tweeted, “On behalf of Kenya, issa no from us!! We don’t want him.”