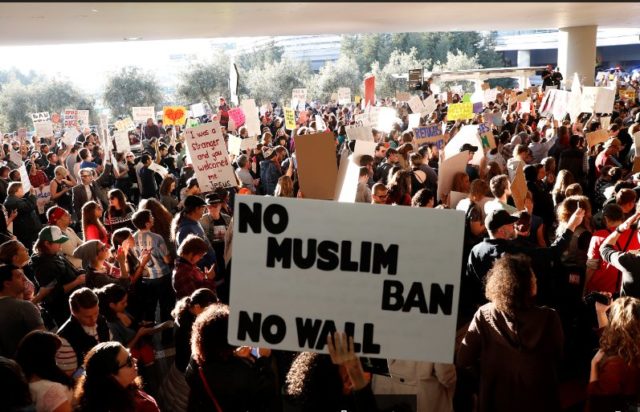 Citizens of seven mainly Muslim countries banned from the United States by President Donald Trump can resume boarding US-bound flights, several major airlines said on Saturday, after a Seattle judge blocked the executive order.
Qatar Airways was the first to say it would allow passengers from Iran, Iraq, Libya, Somalia, Sudan, Syria and Yemen to fly to US cities if they had valid documents.
Air France, Spain’s Iberia and Germany’s Lufthansa all followed suit after the federal judge’s ruling, which the White House said it planned to appeal as soon as possible.
However, the websites of two other major Gulf airlines, Etihad and Emirates, still carried notices informing passengers of Trump’s original January 27 order.
Report says the travel ban, which Trump says is needed to protect the US against Islamist militants, sparked travel chaos around the world and condemnation by rights groups who said it was racist and discriminatory.
US Customs and Border Protection said many uncertainties remained about the legal position.
“It’s still very unclear, we advise passengers to contact the U.S. embassy we have to follow the U.S. rule,’’ spokeswoman Charlotte Holmbergh Jacobson said.
In Cairo, aviation sources said Egypt Air and other airlines had told their sales offices of Friday’s ruling and would allow people previously affected by the ban to book flights.
However for some who had changed their travel plans following the ban, the order was not enough reassurance.
In Dubai, Tariq Laham, 32, and his Polish fiancée Natalia had scrapped plans to travel to the US after they get married in July in Poland.
Laham said the couple would not reverse their decision.
“It is just too risky, every day you wake up and there is a new decision,’’ Laham, a Syrian who works as a director of commercial operations at a multinational technology company said.
NAN.