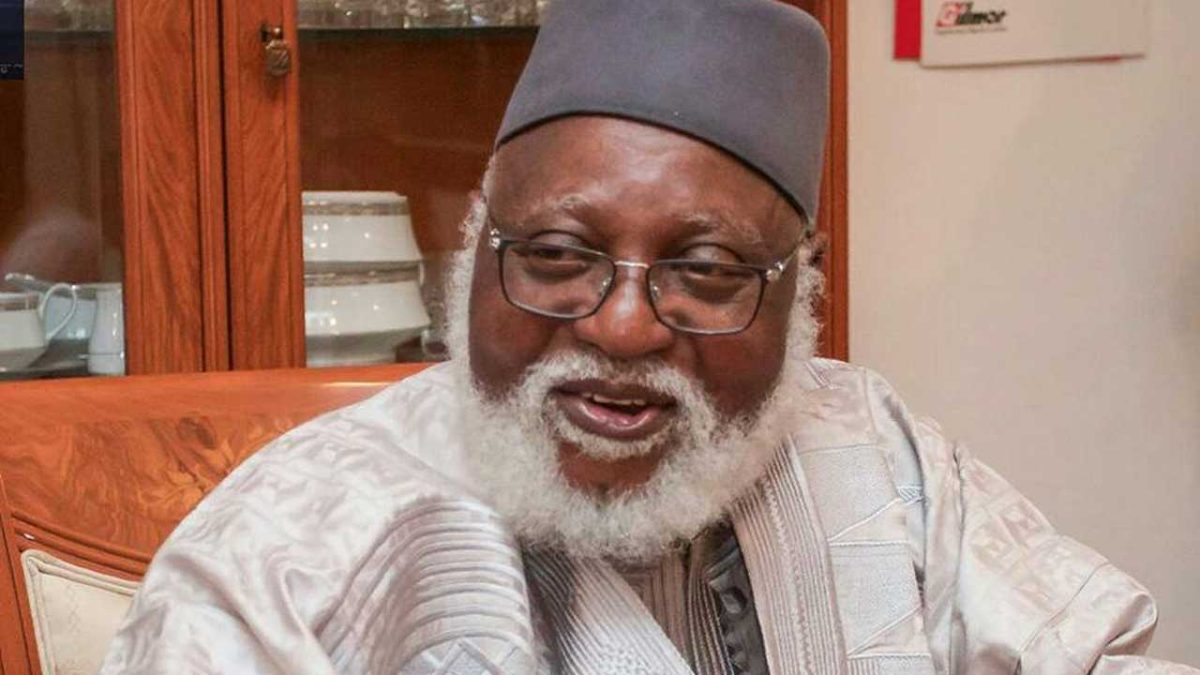 As political campaigns begin across the country, former Nigeria Military Head of State, General Abdulsalami Abubakar (Rtd) has called on politicians to shun every form of campaign of calumny.

While addressing journalists as part of activities to mark Nigeria’s 62nd independence anniversary at his uphill residence in Minna, General Abdulsalami urged Nigerians not to sell their votes, saying “your vote is your franchise”.

He charged politicians not to embark on campaign of calumny, saying “as we go into 2023 elections campaign, there shouldn’t be abusive words in our campaigns. But as much as possible indulge in campaigns of tolerance, because I know each politician is trying to sell his manifesto or that of his party’s”.

Furthermore, he said “there are some setbacks, some electorates are still selling their votes and the politicians are still encouraging the selling and buying of votes. I think this is a negative part that we are experiencing and I thought indeed Nigerians and all of us should put our heads together and all hands should be on deck to ensure that this phenomenal is brought to an end.

“I hope the electorates will bear in mind that it is their franchise to ensure that they vote people of calibre and their choice. And for God’s sake, nobody should go and sell his vote.

“Don’t sell your franchise. I am happy some people are realizing and educating other people not to sell their votes”.

The elder statesman expressed hope in the country, adding that since 1999, politicians and indeed Nigerians have been strengthening democracy in the country.

On the strike saga between the Academic Staff Union of Universities (ASUU) and the Federal Government, General Abdulsalami said “I am sure Nigeria would find a solution soon”.