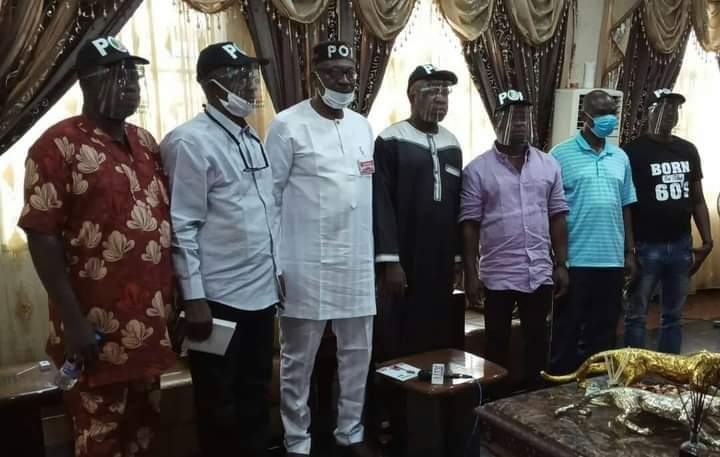 The members of the family of the Edo State Governor and candidate of the Peoples Democratic Party for the September 18 election in the state, Godwin Obaseki, have declared support for the flag bearer of the All Progressives Congress, Pastor Osagie Ize-Iyamu.

This was made known by Ize-Iyamu on his Twitter handle on Saturday after a meeting with the Obaseki family members.

He tweeted: “This morning, I received the endorsement of the prominent Obaseki family at a meeting led by Mr. Osaro and Victor Obaseki.

“Like the Governor’s aides and appointees, members of his family agree he has failed Edo people and doesn’t deserve re-election.

“I’m very grateful to them for their courage and selflessness. They have even gone ahead to produce and donate beautiful face caps as a demonstration of their love and support.

“It takes great love for State & the people to make such brave decision to sideline all sentiments and ties and back the better candidate.

“I’m not going to disappoint them & millions of Edo people at home & in the diaspora who, daily, reaffirm their support.”