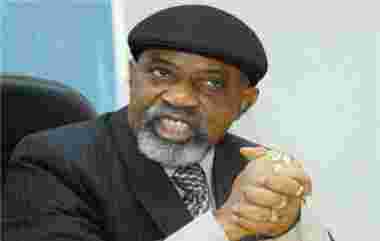 The trio of Senator Chris Ngige of the All Progressives Congress, Tony Nwoye of the Peoples Democratic Party and Dr. Ifeanyi Ubah of the Labour Party have jointly called for the cancellation of the November 16 governorship election in Anambra State.
The trio had earlier at separate news conferences expressed dismay over the conduct of the election.
Ngige, who spoke on their behalf at a joint news conference in Awka on Sunday, urged the Independent National Electoral Commission to conduct a fresh poll in the state.
Ngige said: “Our stand is that the election, which started yesterday (Saturday), has been beset with a lot of irregularities and fraudulent practices and, therefore, we reject the poll and its subsequent outcome.
“The decision is predicated on fraudulent malpractices as the election did not conform to the Electoral Act.
“There were massive and gross irregularities in the voters’ register used for the poll throughout the 21 local government areas by the electoral officers.”
The APC candidate recalled that political parties were given copies of the register to ensure that voters were not disenfranchised.
According to him, the parties had no reason to petition the commission after receiving the document.
He added: “Surprisingly, INEC announced a change in the voters’ register given to us 48 hours to the election, which was too short for anyone to make any impressionable work on the register, with 4,208 polling units.
“Voters were disenfranchised in all the three senatorial zones and we, therefore, reject the result and its outcome.”
Ngige alleged the poll was also marred by the non-issuance of result sheets by electoral officers in some areas as well as the disappearance of result sheets in some cases.
He said that result sheets were deliberately distributed to different polling units rather than the ones they were designed for, saying that it was a ploy against them in their strongholds.
“For instance, result sheets in Uke, Oraukwu and Abatete were found in Ogidi and Nkpor even when they were coded with the same number at the polling units,” he noted.
He also said that there was massive deployment of security agents to harass their agents, who were forcefully removed from polling units.
“At a point, they alleged that our agents’ identity cards were forged,” he added.
Ngige said they witnessed massive deployment of government resources, alleging that government officials, contractors and party chieftains and in some few cases town union presidents-general, were co-opted as agents to distribute money.
He added: “Having viewed all these irregularities and having noted the compromising stand of INEC, we have come to the inevitable conclusion that INEC is determined to go back to its old ways.
“We call on the commission to cancel the charade perpetrated in Anambra between November 16 and November 17 and call for fresh election.”
Ngige also said the Resident Electoral Commissioner in the state, Prof. Chukwuemeka Onukaogu, and other officials of the commission should not be allowed to conduct the fresh poll.
He said: “Following our petitions, we request that no election result should be announced.
“Whatever they are doing will only end in futility unless they want to provoke the people of the state.”
Alluding to Ngige’s remark, Ubah said the integrity of INEC was at stake and urged its leadership to toe the path of honour by conducting a fresh poll.
He said the commission should not allow the situation to go down in history that it supported fraud.
Also contributing, Nwoye, who aligned himself with the Ngige and Ubah, said the election was a charade.