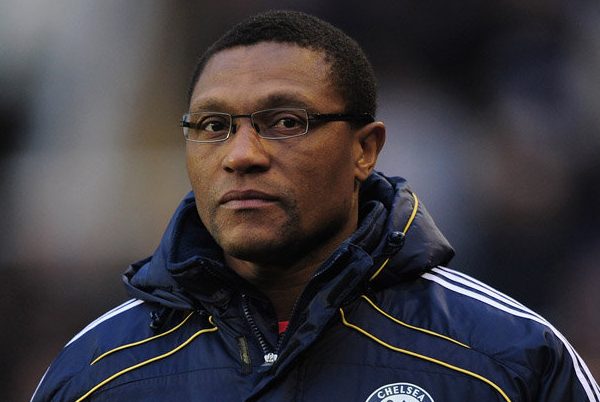 Former Chelsea Technical Director, Michael Emenalo, has joined Monaco as their new Sporting Director.
The Ligue 1 side confirmed the appointment on Monday afternoon and said the 52-year-old will take charge of all sporting matters at the club, who currently sit in third place in the French top-flight standings.
Emenalo only resigned from his position as Chelsea’s Technical Director on November 6, citing a desire to spend more time with his young family as one reason why he left the post he had occupied since 2011.
But he will now report to Monaco Vice-President Vadim Vasilyev in his new role of sporting director at the club.
Emenalo, who spent a decade at Chelsea, said of his decision to join Monaco: “It is a magnificent opportunity for me in a high-quality project.
“AS Monaco has shown a great evolution in the past few seasons and I am convinced that the club will keep being successful.
“Vadim Vasilyev convinced me to join AS Monaco and I believe this is the right choice for me after my decision to leave Chelsea.
“I will work here with humility and try my best to bring my experience in this club which is a reference of French and European football.”
Emenalo first joined Chelsea in October 2007 alongside Avram Grant and, under Carlo Ancelotti, he was tasked with the aim of heading up opposition scouting and acting as a first-team coach.
He was handed the role of technical director in 2011 and was charged with the task of overseeing player recruitment and managing the club’s academy and youth networks.
And his success at convincing the likes of Eden Hazard, Thibaut Courtois and N’Golo Kante to join Chelsea played a big role in Monaco vice-president Vasilyev handing Emenalo one of the top jobs at the club.
He said: “I have been following Michael Emenalo’s work for a long time and I am very happy to have him here after he chose to quit Chelsea.
“His know-how in scouting network, as well as the technical skills he developed working in one of the most successful clubs in the world in the past few years, are the main reasons leading us to present him our ambitious challenge.
“Through this appointment, it is a further sign that we are ambitious and competitive in our model.”