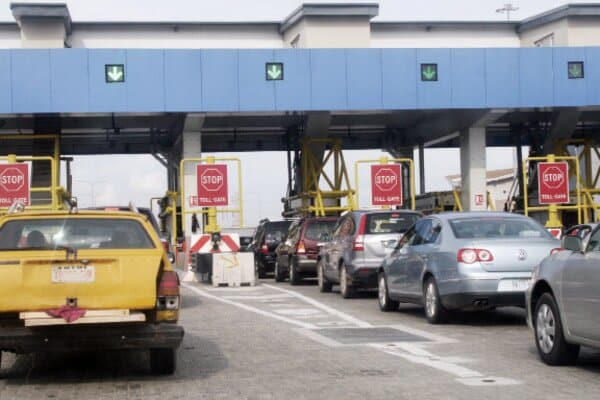 The Lagos State Government on Sunday said full implementation of cashless policy at the Lekki/Ikoyi Bridge Toll Plaza would commence on Monday (today).
The state Commissioner for Transportation, Dr. Frederic Oladeinde, in a statement by the Public Affairs Unit of the Ministry, said full implementation of the policy had become necessary.
The News Agency of Nigeria reports that the state government had in 2019 announced that it would go cashless on toll payments at the Lekki/Ikoyi toll plaza effective from January 1 due to the excessive delays experienced along the corridor with cash payments.
The cashless policy, however, commenced partially on January 2 in the state.
Oladeinde warned that from January 20, anyone who turned up with cash at the Lekki-Ikoyi toll gate would attract stiff penalty of N1,000 pending when they would get through with their cashless payment method.
He also warned against all corrupt practices such as photocopying payment vouchers for multiple usage or presenting fake e-payment device.
He said: “The state government will not hesitate to apply the law on any motorist that attempts to frustrate its effort at improving traffic situation along the Lekki-Ikoyi Bridge corridor.
“The e-tags are free to obtain and widely available. Therefore, such sharp practices are unnecessary.”
The commissioner, who commended motorists in the state for enhancing success of the cashless toll implementation, urged full compliance.
He said that the cashless toll initiative had the objective of removing bottlenecks at the toll gates and impacting positively on the reduction of traffic queue length and journey time for Lagosians.
He also said the cashless policy had become necessary to address constant traffic gridlock often experienced at that corridor due to slow process of cash payments at the toll plaza.
Oladeinde urged those who had yet to obtain their e-tags to do so as full compliance would be enforced, now that the additional two weeks grace for motorists to align had elapsed.
He thanked the general public for their cooperation and compliance during the implementation period.
It would be recalled that the Managing Director, Lekki Concession Company Limited, Yomi Omomuwasan, highlighted four seamless ways by which people could make their e-payments.
Omomuwasan said these included e-tag, the vouchers system, the e-card and the LCC Mobile App for top-up.
According to him, any interested member of the public who may experience difficulty in registering could reach out to the company.
He said these could be through: 07011753784, 07015838157, 08002255522 or [email protected].
He promised that the company would work round the clock to ensure the success of the new policy.