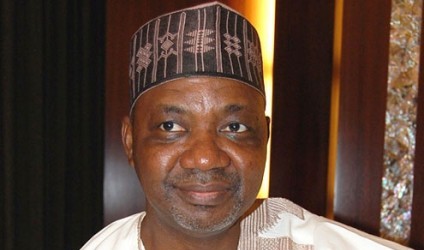 Vice President Namadi Sambo on Thursday met with the Deputy Speaker of the House of Representatives, Emeka Ihedioha, in his office at the State House, Abuja.
The meeting, which lasted for about an hour, was held shortly after the fracas that occurred at the National Assembly on Thursday.
Ihedioha was accompanied to the meeting by the House Leader, Mulikat Adeola-Akande, and her deputy, Leo Ogor.
However, after the meeting, Ihedioha declined to speak with State House correspondents.
Earlier in the day, the Speaker of the House of Representatives, Aminu Tambuwal, was prevented from entering the National Assembly complex by the police who also fired tear gas.
The Speaker later found his way into the Chamber and presided over a closed session of plenary, during which the request of President Goodluck Jonathan for extension of emergency rule in Adamawa, Borno and Yobe States was rejected.